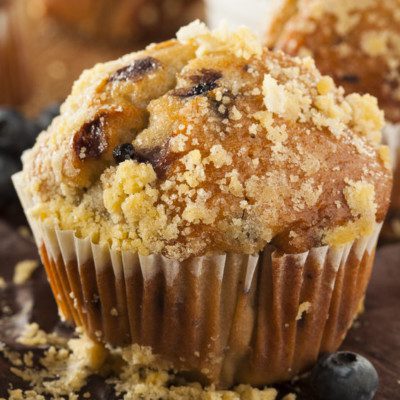 What is Chemical Leavening?

Chemical leavening is a mechanism used in the baking industry to provide volume through the release of gases to enhance the eating quality of baked goods.

Most commercially used chemical leavening systems include a combination of baking soda (sodium bicarbonate) and one or more acids or acid salts.

Chemical leavening was conceived as an alternative to yeast leavening and long sourdough preparations. Back in the 19th century, the limited knowledge of microbiology and the sensitivity of yeast cells to handling and atmospheric conditions made it difficult for bakers to consistently produce high-quality batches of bread. Further complications such as the absence of commercial refrigeration and hygiene practices made it impossible to properly maintain fresh yeast.

Modern baking soda was introduced in the 19th century where bakers had to mix it with sour milk prior to its incorporation into doughs and batters to produce carbon dioxide gas. However, this approach was unpredictable, due to challenges with estimating  lactic acid content in milk. Further research and testing with a variety of compounds soon led to the development of baking powder and other ways to better control gas release in bakery products.1

How does chemical leavening work?

Chemical leavening can be achieved by producing two types of gases: CO2 and NH3. These may be released by the following methods, combined or alone:

2. Reaction of an acid with a base compound. Combining a leavening acid with baking soda in the presence of moisture undergoes an exothermic reaction to produce neutral salt, water and carbon dioxide. The reaction is as follows:2

When creating a leavening reaction it is crucial to know the neutralizing value to avoid an unbalance in the formula. The neutralizing value (NV) is defined as the parts (by weight) of baking soda necessary to release all the carbon dioxide by 100 parts (by weight) of a leavening acid. For example, in the case of baking soda (sodium bicarbonate, NaHCO3), NV is expressed as:

Chemical leavening is faster acting than a yeast leavening approach. Certain applications such frozen pizza require a combination of chemical leaveners plus yeast to provide a secondary back-up in case the yeast fails to provide the necessary rise.

Chemical leaveners can be classified into three  types. The choice of the chemical leavener type depends on the process/formulation and desired characteristics of the finished product:

Bases and acids used for chemical leavening in the baking industry include:3

The amount of chemical leaveners used in a bakery formulation is a function of availability of ingredients, desired volume, pH and flavor of the finished product. Bakers should always be mindful of maximum amounts permitted by the FDA.