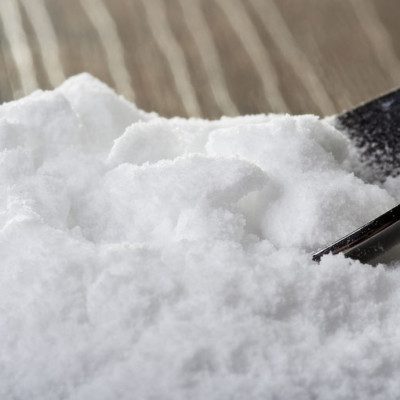 What is Encapsulated Baking Powder?

Encapsulated baking powder is a release-on-demand chemical leavening system. It’s micro-compartments of baking powder (core) surrounded by a coating (wall). By creating this barrier, the entrapped material is prevented from dissolving prematurely in the dough or batter, thus allowing optimal leavening control and dough/batter rise until baking commences.

Microencapsulated leavening systems have become essential ingredients in shelf stable frozen and refrigerated dough and cake batter formulations. They are typically designed to release the leaveners in response to triggers such as temperature, moisture, shear, etc.

Encapsulation was discovered in the 1950s when Barrett Green, a researcher with the National Cash Register, was attempting to develop carbonless paper. His invention involved coating the bottom of the upper sheet of a two-sheet paper assembly with tiny ink microcapsules which were designed to break open and release the entrapped ink when one writes or types on the top paper sheet.1

This invention led to endless possibilities ranging from the creation of scratch-and-sniff fragrance stickers in magazine ads to controlled release of flavors and other actives for food and nutrition as well as agriculture, pharma, etc.

Familiar examples of microencapsulation in foods include fat-coated cheese favor in microwaveable popcorn, extended release of flavors in chewing gums, delayed leavening release in refrigerated and frozen doughs and cake batters, stabilized nutrients in breakfast cereals and many others.

Commercial handling of frozen batters and dough relies on overnight thawing followed by varying hours of in-store holding until baking commences. The result is continuous gassing over time and eventual deterioration in the baked product quality. Formulating with encapsulated baking powders can:

Leavening agents are typically encapsulated in a fat/lipid material so that their release is activated when the coating around the core particles melts during baking. The following is a list of main coating lipids (individually or blends) used in microencapsulating baking powder and their melting ranges:

In the fluid bed process, solid core particles (baking powder) are air-fluidized in a closed chamber while being sprayed with atomized molten lipid droplets. As the droplets come in contact with the solid particles, they spread onto their surfaces and further solidified by cooling. Continuous fluidization and spraying lead to fat coalescence into one integral hardened film when cooled. One drawback of fluid bed coating is the generation of low bulk density particles.

Fluid bed coating is favored for:

In the spray cooling/chilling process, a mixture containing the core and molten lipid is nebulized by an atomizer and entered into an air-cooled chamber to solidify the wall material. Low encapsulation capacity and incomplete coating of the solid particles are some of the drawbacks of spray cooling technology.

Spray cooling microencapsulation is favored for:

The Secret to Baking Crackers

Have You Thermal Profiled Your Frozen Dough?