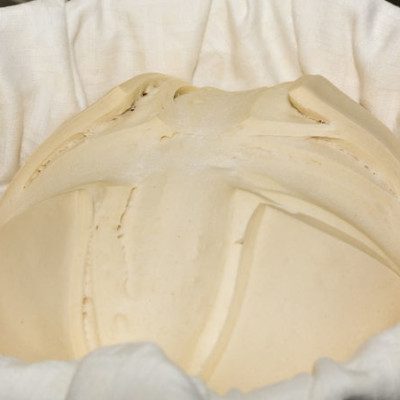 What is Lactic Acid?

Lactic acid is one of the most widely distributed acids in nature. It is a natural, weak,  organic acid associated with milk. The acid is odorless and has a mild taste which does not compromise or mask other flavors. In fact, it enhances them. It is the natural sourdough bread acid and is found in a variety of foods including pickles, beer, buttermilk and cheese.

Properties of the acid:1

When wheat flour is mixed with water, enzymes break down the dough to starches which the yeast and lactic acid bacteria, naturally present, can use to make acids and gases to leaven bread. Records indicate that around 4000 BC an Egyptian baker produced the first leavened sourdough bread.2

It was not until the 1850s that Louis Pasteur discovered the science behind leavened bread. The yeast that makes bread rise is Saccharomyces cerevisiae and the sourness is due to various lactobacilli bacteria which produce lactic and acetic acid.

Before Pasteur discovered the bacteria, Scheele discovered lactic acid in sour milk in 1780. In 1789, Lavoisier named this component “acide lactique,” the origin of the name lactic acid.3

Lactic fermentation can increase the nutritional value for iron in foods.4 Examples include:

The use of sourdough lactic acid fermentation to leaven bread is well established and results in bread with better texture, sensory qualities and shelf life. Improvements are due in part to lactic acid production during fermentation of the dough.

Studies have been conducted where 0.4% lactic acid is added directly to the dough. This has resulted in bread with:5

In the United States, lactic acid is affirmed as a GRAS food substance for use in food with no limitation other than current Good Manufacturing Practices (GMP). Conditions of use include: