What is Baking Powder?

Baking powder is a chemical leavening agent. Chemical leavening agents added to doughs and batters undergo various decomposition and neutralization reactions to produce carbon dioxide, water vapor and in some cases ammonia.1 These gases are responsible for expansion, flavor, color and texture.

Chemical leavening was conceived as an alternative to yeast leavening and long sourdough preparations. Back in the 19th century, the limited knowledge of microbiology and the sensitivity of yeast cells to handling and atmospheric conditions made it difficult for bakers to consistently produce high-quality batches of bread. Further complications such as the absence of commercial refrigeration and hygiene practices made it impossible to properly maintain fresh yeast. 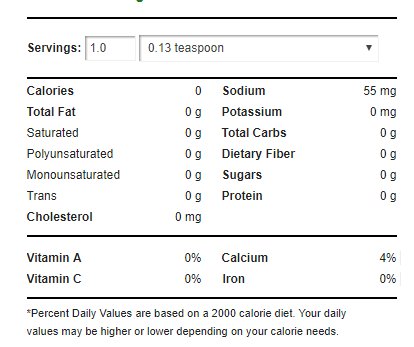 Baking powder, when hydrated, will aerate the dough or batter. The aeration provides a light, porous cell structure and fine grain. Also a texture with desirable appearance, along with palatability, to baked goods.1

Commonly used leavening acids in baking powder are MCP, SAPP, SALP, SAS, and tartaric acid. These may be used individually or in combination. MCP is fast-reacting so it is often combined with a slower-acting leavening acid, like SAPP, SALP, or SAS. An example reaction is shown below:

Baking powder is classified according to its reaction rate:4

Fillers are used in addition to the active components to make the ingredient shelf-stable. The most common filler is corn starch. Corn starch may be augmented with calcium carbonate, calcium sulfate, calcium lactate, or calcium silicate.4 Fillers perform a two-fold function:

The process is as follows:5

This chemical leavener may be single- or double-acting. Double-acting is more common and means that the it contains a combination of leavening acids that will release gas during the mixing and again during baking. There are a variety of on the market, allowing for use in a wide range of applications. Things to consider when choosing a baking powder are reaction time, single- vs. double-acting in relation to the processing time, and baking temperature/time for the product. It will also impact the finished product’s pH.

When creating a recipe, the formula ratio is  1 to 1 ¼ teaspoon of baking powder per 1 cup flour.6 Using too much will result in a bitter-tasting product, large bubbles, and surface blistering. Using too little will result in tough dense crumb with little volume.

Although baking powder has a shelf life of 24 months from date of manufacture it may lose efficacy within 6 months of opening.6 A quick test can determine the potency. Stir 1 teaspoon into 1/3 cup of hot water.6  If bubbles appear, it is fine to use. You can make your own baking powder by combining 15ml/1 tbsp bicarbonate of soda with 30ml/2 tbsp cream of tartar.6

When creating a leavening reaction it is crucial to know the neutralizing value to avoid an unbalance in the formula. The neutralizing value (NV) is defined as the parts (by weight) of baking soda necessary to release all the carbon dioxide by 100 parts (by weight) of a leavening acid. For example, in the case of baking soda (sodium bicarbonate, NaHCO3), NV is expressed as: