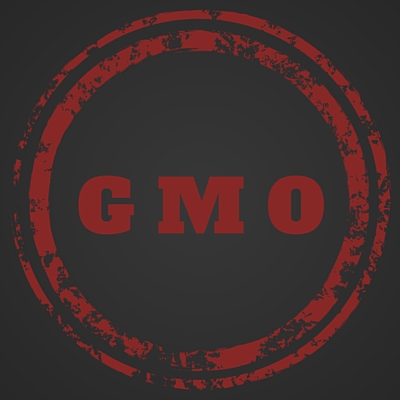 What is the DARK Act?

The DARK Act, proposed by Senator Pat Roberts (R-Kansas), is a GMO (genetically modified organism) labeling bill. The bill creates a voluntary labeling standard for GMO products and ingredients. Rather than relying on third-party auditors, the program would be managed by the US Department of Agriculture. The bill would also override state-initiated labeling programs such as Vermont’s Act 120, a law that requires labels on products containing genetically engineered ingredients.

Although Senator Roberts’ bill did not successfully pass the congressional vote on March 16, 2016, it is clear that fight over transparency in food labeling for GMOs will continue. Consumers have made it clear that they want to know about the ingredients being used in their packaged goods. Opponents of the bill coined the label “DARK” Act to stand for “Deny Americans the Right to Know.” They fear that a voluntary standard does not hold companies using GMO ingredients accountable. Instead, the responsibility and expense will continue to fall to companies making non-GMO claims on their labels. Many countries such as Japan, India, and the European Union already have GMO labeling, allowing consumers to know at a glance what their food contains.

How do current law and consumer climate affect industrial bakers?

Baking companies that sell products nationally will be the first to be impacted by the Vermont law. Label changes will be required to list GMO ingredients for any products being sold in Vermont. If stating the use of GMOs in your products goes against your brand identity, the transition to non-GMO ingredients could offer a better option.

Industrial bakers who wish to align themselves with the current consumer trend of transparency in labeling GMOs may find the process confusing. Finding a reliable source of non-GMO grains and flours that perform to current standards will require staff, time, and reformulations. Your supply chain personnel will need to secure enough product to ensure production and use up current stock to avoid stranded costs. With a limited number of ingredient suppliers participating in the Non-GMO Project (an organization dedicated to ensuring a non-GMO food supply), all new vendors would have to be run through the auditing program.

In the last few years, as the Non-GMO Project has gained momentum, I was on the frontlines of ensuring that the company I worked for was in compliance with all ingredients converting to non-GMO. It is not an easy task and required collaboration with QA, R&D, Sensory, Purchasing, and Packaging. Since the company was relatively small, many of us carried more than one role, which sped up the conversion. Still, it was a confusing and labor-intensive process, due to the changing requirements of our third-party auditor.

For example, a simple vanilla flavor passed the first round of audits with a change of the alcohol from corn-based to GMO-free grain alcohol. The change was initiated by QA regulatory specialists and transferred to the RD technologist, who submitted the request to the flavor company. The flavor company made the requested change and sent lab samples for product testing. The new flavor was used in samples made by the food technologist and submitted to me in my role as Sensory Analyst. A trained panel was assembled and given a blind taste test to determine the degree of difference. A report providing feedback was submitted to the food technologist.

At this stage the sensory results gave us a good indication of consumer acceptance. Because the vanilla flavor passed undetected, the changes were approved. Approvals were then sent from RD to the flavor company and QA. The reformulated vanilla was resubmitted as a new ingredient with a new inventory number to Supply Chain and Purchasing. Current inventory for the vanilla flavor and packaging containing the ingredient changes were analyzed to minimize stranded costs.

If the vanilla had not passed the blind taste test and the sensory panel had noticed a high level of difference in the flavor, the reformulation would not have been approved. The vanilla would then have to be reformulated to achieve a closer match to the original. Each resubmittal for a closer flavor match would have to run through the sensory panel. In the example of the vanilla flavor, QA staff submitted the approved reformulated ingredient back to the Non-GMO auditors, who came up with another issue: The caramel color was not in compliance. The whole cycle began again. Complicated spreadsheets were created to track the process of ingredients as they journeyed through the Non-GMO verification process. In hindsight it would have been more efficient to call out the GMOs on the label versus trying to verify non-GMO ingredients.

The previous example highlights one of the issues facing companies who wish to comply with consumer demand for GMO labeling. Complications arise as third-party auditors looking for GMOs consider processing aids or even the feed given to the cow whose meat you are trying to certify as non-GMO. The article, Label Thumpers: The GMO movement is about faith, not facts, by Daniel Engber, points out the almost religious enthusiasm supporters have for GMO labeling, and argues that this issue is not about the science or safety of GMO foods but about consumers’ having a right to know.

From an industrial standpoint, the DARK Act would allow your company the choice to label GMOs. Since it would also eliminate individual states’ requiring transparency on labels, companies would not be forced to change packaging to sell in selected states. As of this post, Vermont will require all packaged foods sold in the state to declare GMOs on the label. It would be a difficult task to isolate packaging for one state, so many companies are overhauling formulas and packaging before the July 1st deadline. Other states, such as Connecticut and Maine, have also passed GMO labeling laws, but these laws have stipulations that they won’t go into effect unless other states enact similar legislation.

The issue will continue to spark major debate in the consumer packaged goods industry as companies try to attract consumers to become loyal to their brands. The natural food industry has been listening to consumer demand for decades, and this industry continues to grow. But there are signs that the food giants are also paying attention to the increased sales and profits in the natural market. Campbell’s Soup announced it will label all its US products for the presence of ingredients derived from GMOs. Since the announcement on Jan 07, 2016, other food companies such as ConAgra Foods, Kellogg’s, General Mills and Mars, Inc. have announced similar plans.

This is a very complex issue – one that speaks to the interests of consumers, seed producers, organic farms, food companies, grain farms, and many more stakeholders. If you would like more information on some of the other proposed solutions and opinions, check out these links:

Are You Ready to Label Bioengineered Food?