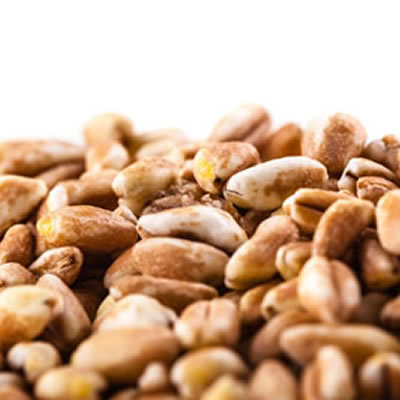 What is Spelt Flour?

Spelt flour is made from milling kernels of spelt wheat (Triticum aestivum subsp. Spelta).1 A distinguished feature of spelt is its primitive morphology and the kernel’s tight enclosure inside toughened glumes. It is available in two types: whole grain and white flour.

Spelt is an ancient crop which dates back to 2500-1700 BC. It was cultivated in Central Europe, mainly Germany and Poland. However, it spread throughout northern Europe during the Bronze Age to compete with emmer wheat. The first millennium saw a decline in spelt cultivation and was replaced by common bread wheat.1

Currently, spelt is grown in limited quantities in Eastern and Central Europe, Canada and the US.

Spelt has different functionality compared to common wheat, due to its unique characteristics:

Spelt wheat is considered a highly nutritious grain. This is mainly because of its high protein (12-15%) and crude fiber (10-15%) content, in addition to vitamins and minerals. Similar to other wheat varieties, spelt flour contains gluten. Therefore, is not safe for people with celiac disease.2

The following process describes the commercial production of spelt flour:

Generally, spelt flour has a good potential for many end-uses. Currently, it is used in the production of bread, sourdough, cookies, biscuits, cakes and muffins, pastas and nutrition bars. Typical spelt bread is the German Oberschwäbische rolls which are characterized by irregular crumb structure and crisp crust.

When using spelt flour, bakers should keep in mind some considerations including:

Spelt flour is considered a gluten-containing product by the FDA. It must be declared as a food allergen.4