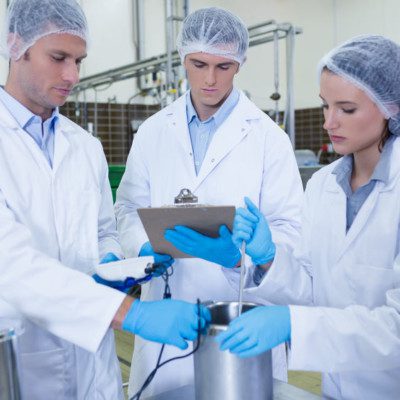 What is the FSMA?

The FDA Food Safety Modernization Act (FSMA) is the most sweeping reform to the US food safety laws since 1938, the year in which the Food, Drug, and Cosmetic Act (FD&C) were enacted.

The legislation, signed into law by former President Barack Obama on January 4, 2011, amended, meaning it made a number of significant changes to the FD&C Act in 3 fundamental ways:1,2

FSMA dramatically impacts the administrative detention regulations. Prior to FSMA the statute required “credible evidence or information” of serious health hazards. This limited the administrative detention tool to scenarios of repeat violators or glaring violations. FDA agents now simply need a “reason to believe food is contaminated or misbranded” to open an investigation. Now any suspicion of adulteration or misbranding might result in a 30-day FDA hold.1,2

FSMA significantly increases the number of records that food companies must keep. FSMA also increased FDA’s jurisdiction to gain access to records. The FDA now has the power to require food manufacturers to divulge information on potentially harmful foods. This jurisdiction extends to inspecting documents that are suspected of posing a health risk. The records inspection demands are in addition to the records that are needed by the seven core rules or by GMPs.1,2

Prior to FSMA, the Agency would need a court order to compel a recall if a company refused to do so. In most cases, time is critical and going to court may waste valuable time. The FDA can now demand a recall without a court order under FSMA.

Prior to FSMA, a facility’s registration could not be suspended under any circumstances. A facility registration is important as it allows a facility to sell while also allowing the FDA to monitor what facilities to inspect. The FDA now has expanded jurisdiction under FSMA Section 102 to suspend a facility’s registration if there is a “reasonable risk” of serious health concerns or death. The suspension has the practical consequence of shutting down a facility’s operations, which means it can’t sell, produce, or market its products while it’s in place.1,2

Under FSMA, if a food producer in another country does not permit FDA to inspect its facility, FDA can refuse to allow food from that facility into the United States.

The heart of FSMA lies in the seven foundational rules. These rules were carefully developed over 4–5 years and fundamentally change the food safety landscape; these are: