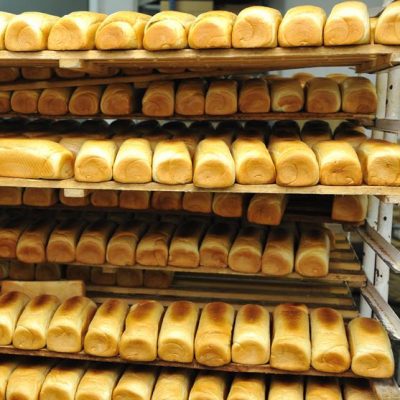 What is the Chorleywood Baking Process?

The Chorleywood Baking Process (CBP) is a no-time dough system combined with an enclosed high-speed mixer that is used in large-scale production of yeast-leavened bakery products such as white pan bread and buns.

The aim of the CBP is to modify the dough protein structure and improve its ability to stretch and retain gas during yeast fermentation in a short period of time. This is achieved by using dough conditioners and a high-speed mixing process of less than 5 minutes by using a mixer that operates at hundreds of revolutions per minute.1,2

The Chorleywood Baking Process (CBP) was developed by the British Baking Industries Research Association (BBIRA) in 1962 in Chorleywood, United Kingdom. It was discovered that the amount of mechanical work expended on the dough during mixing and development had an important effect on bread quality. It was meant to speed up traditional long bulk fermentation baking processes in which pre-ferments such as the sponge and dough are used.1

CBP is based on the well-known principle that mechanical and biochemical development of dough are somewhat interchangeable. Dough needs to have a proper balance of development from mechanical action and fermentation reactions. The longer the fermentation time, the shorter the dough should be mixed (e.g. in a sponge and dough process).

With mechanical dough development, there is no bulk fermentation period, and dough development is achieved in a short space of time in the mixer with the addition of dough conditioners and some formulation adjustments.1,2

Characteristics and some considerations when using the CBP include:3,4

Compared to dough systems that make use of bulk fermentation, CBP offers the following advantages: