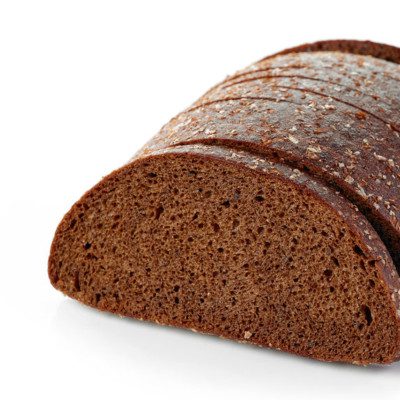 Arabinoxylans, or AXs, are one type of non-starch polysaccharides (NSPs) that make up the composition of cell wall tissues in cereal grains. They are composed of two pentoses—xylose and arabinose. In cereal flour hydration, AXs play a key role, especially in rye and wheat bread. They can be enzymatically modified to become more functional and impact other quality attributes of yeast-leavened baked goods, such as:

Along with lignin, beta-glucans, and cellulose, arabinoxylans are natural fibers that make up the normal composition of cell walls in plant tissues. They are found in wheat, sorghum, rice, oats, maize and many other grains.

Similar to amylose in starch, AXs consist of a linear backbone of D-xylose residues that are linked by β-(1-4) glycosidic bonds with single arabinose residues attached to the xylose chain as branches. Some of the arabinose side-chains are esterified with ferulic acid.1

Despite their low amount in flour (2.0–3.0%), AXs play multiple roles by interacting with water and the gluten matrix. The high-water absorption capacity of AXs in flour underlines their functional role in breadmaking.

Functionality of AXs is a consequence of their characteristics including:

AXs are classified as either water-soluble (i.e. water-extractable), or water-insoluble (water-unextractable). In the starchy endosperm, about 25% of AXs are

water-extractable (WE-AX). The remaining 75% water-unextractable fraction (WU-AX) has essentially the same structure as WE-AXS but at much higher molecular weight.

WU-AXs are almost exclusively xylans forming highly organized conformations with other xylan chains through hydrogen bonds. WU-AXs are retained deep in the cell walls by covalent and noncovalent interactions among other arabinoxylans.

WU-AXs hold large quantities of water at their molecular surface but are highly insoluble in it. WU-AXs are present in discrete cell wall fragments that can form physical barriers for optimum protein aggregation and may interfere with the formation of a strong gluten matrix during mixing.

They are thought to form intrusions in the gas cells and absorb a large amount of water, which is consequently not available for gluten development and liquid film (lamellae) formation. As the dough expands during proofing and baking, WU-AXs have a disrupting effect on gas foam stability, thus affecting volume increase and oven spring.1,2

The water-soluble i.e.water-extractable portion (WE-AXs) is thought to be loosely bound at the cell wall surface.

When xylanases are used for the partial and controlled depolymerization of WU-AXs (i.e. transformation of WU-AXs into WE-AXs), they provide dough strengthening and confer a stabilizing effect on gas bubble structure.

Along with other functional polymers, starch and protein, arabinoxylans participate in the overall uptake of water during mixing. The following table helps to visualize the impact of AXs on the capacity of flour to hold water and transform into dough upon mixing in the Farinograph:

So, putting numbers into perspective, starch comprises 80.0–85.0% of the total dry material in flour and holds about 45.0% of the water in dough. Arabinoxylans, on the other hand, contribute only with 2.0–3.0% of total flour dry weight, yet hold 25.0% of the water of bread dough.

Without AXs, the dough would not be able to hold or accept as much water to obtain regular properties and rheology, so production yield (i.e. the amount of dough pieces produced from a single batch) would be lower.

Despite the promising studies on the effectiveness of arabinoxylans against many health conditions, the FDA states that insufficient evidence is available to allow a health claim.3