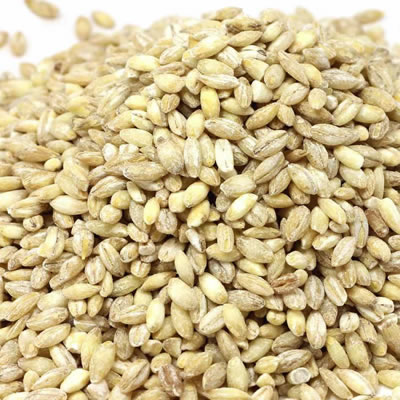 Beta glucans are sugars derived from a variety of cereal grains and plants.

What are Beta Glucans?

Beta glucans are used as a food thickening agent, a source of dietary fiber, emulsifier, and a coating substance.2 They are a soluble fiber found in the cell walls of cereals, mushrooms, yeasts, algae, and seaweed.1

Beta Glucans are commonly found in cereal grains such as:

β-Glucans are sugars (a glucose polymer) found in baker’s yeast, certain bacteria, and certain fungi. The diverse group of molecules comprising beta glucans can vary concerning solubility, viscosity, molecular mass, and configuration depending on the sugar characteristics at hand. One of the most common baking sources containing beta-glucans is within the cell wall of Saccharomyces cerevisiae or baker’s yeast. More specifically, within the cell wall of yeast, the forms 1,3/1,6 Beta glucans can be derived.3

Beta-glucan may be used in a powdered form and added to bread, cookies, cakes, muffins, or other baked goods.

A study conducted by Mohebbi et al. added beta-glucan to a white pan loaf formula. The addition of beta-glucan compared to a control of white bread was shown to increase shelf life and decrease staling.3 Sensory testing for the properties of the bread showed no significant difference.

Health claims for beta-glucan range from reduced risk of type 2 diabetes to improved heart health. An article in Today’s Dietitian research suggests a minimum of 4 to 6 grams of beta-glucans per day for weight management.1

Other health benefits may include:1

The health claims depend on the source of the beta-glucan.1

Beta glucan is commercially produced by a high-temperature extraction with concentrated sodium hydroxide.2 This method of extraction was initially patented in 1973 U.S. Pat. No. 4,810,646.2

The cell walls of yeast and the bran of whole grains are not the only sources. Beta glucans can be found commercially within the food and baking industry to modify food texture and as fat substitutes. As an additive, Beta-glucans are used in sour cream, salad dressings, frozen items, and cheese spreads as a stabilizing agent.

The FDA allows beta glucan to be used in a variety of baked goods, cereal products, and baking mixes and recommends the following:5,6,7

The FDA categorizes beta-glucan under the following GRAS Notices depending on the source.