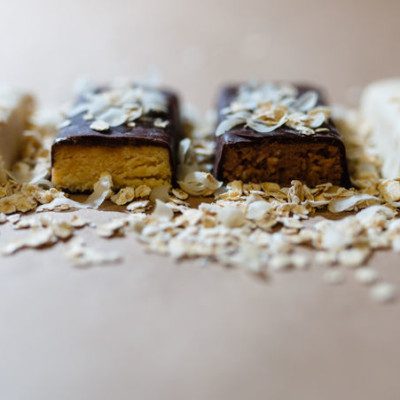 Proteins are essential components of the human diet. They are found in skin, hair and muscle and all body tissues. A protein is made up of peptide building blocks with various combinations of 20 amino acids which determine proteins functionality and their nutritional value.1

Commercially, proteins are differentiated based on:

Snacks and baked goods are ideal products for protein enrichment due to consumers’ need for foods that are highly nutritious, satiating and portable.

The word ‘protein’ may have its roots in the Greek word ‘proteios’ which means primary. Proteins, as biological molecules, were identified in the 18th century based on their tendency to coagulate. Their amino acid make up was identified in 1838 by two chemists Mulder and Berzelius.2

Adding proteins to foods and baked goods began with the recent low-carbohydrate trend. Today, proteins are considered one of the key nutritional ingredients in baked goods and snacks.

Large scale production of proteins varies with the source and protein’s end use. Typically for plant proteins such as soy, isolation involves solubilization in water, precipitation and drying.

Membrane-based separation technologies are used in separating proteins from milk and other plant sources based on protein concentration (isolates/concentrates) or peptide size (hydrolyzates).

Wheat and some grains contain proteins such as gluten which can trigger an autoimmune response in people with celiac disease.

In baking, proteins perform as dough conditioners, structuring agents and moisture controllers. Bread wheat flours contain higher levels of gluten resulting in a tough and chewy bite while cakes have a light and airy texture due to lower amounts of gluten in the flour.

Proteins serve several functions in foods and bakery systems such as foaming, emulsifying, viscosity building, gelling and water-binding, flavor and color development through Maillard reaction and much more.

Incorporating proteins into a wheat-based baking formula should first and foremost take into consideration the potential effect on gluten development and on the final product volume and texture.