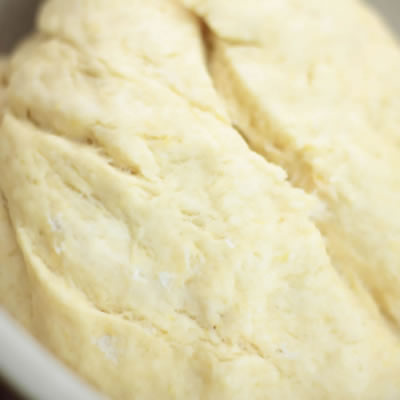 What is the sponge and dough method?

Sponge and dough is a breadmaking method that involves two stages:

It produces breads with unique flavor and aroma, a soft crumb and an improved shelf-life. For this reason, this method is commonly used in pan bread, buns and other bread varieties. It is popular in Asian countries, North America and Central Europe.

The sponge and dough system became popular in the 70s and 80s after the somewhat “poor” experience of American high-speed bakers with the continuous mixing system. So, bakers became aware of the time needed for the dough to properly ferment, naturally mature the flour and improve the overall quality of bread.

How sponge and dough works

In small-scale sponge production, the sponge is mixed and stored in the mixer. However, in high-speed bakeries, a separate container such as a trough is used to store the sponge in a fermentation room under controlled conditions. Occasionally, the sponge must be knocked, or punched down, to prevent it from spilling over.

Stage 2: Making the dough
The sponge is added to the remaining liquid and dry ingredients and mixed for 8–16 minutes in a horizontal mixer to form a dough of optimum gluten development. Then, the dough goes to the makeup stage, where it is proofed and baked.1,2

Once pre-fermentation is complete, the sponge:

The sponge and dough system is still popular in small bakeries but has been gradually replaced in commercial bakeries by faster production systems such as the straight or no-time dough.

When using a sponge and dough system, commercial bread manufacturers use a combination of mixing methods that include horizontal and Tweedy mixers. Automation and ingredient handling systems have created faster production times and a semi-continuous mixing fashion with sponges being produced without schedule interruption to feed the sponge and dough system.

The sponge and dough system is currently experiencing a vigorous come back with trends such as clean label.

Since the sponge and dough is already ripe prior to mixing into the final dough, in addition to accelerating fermentation, it is itself a partially developed dough. So, these aspects help in reducing mixing time.

The best flour to use in the sponge is:

Along with temperature and time, TTA and pH measurements are the best and most practical ways to control and monitor the sponge fermentation step. Acidification of the sponge is an indication of good fermentation and enzymatic activity.

Advantages and disadvantages of the sponge and dough system