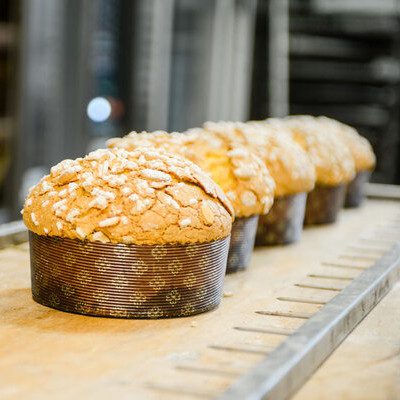 Panettone is a type of Italian yeast-leavened cake commonly consumed at Christmas time. It  has a characteristic sweet rich flavor and unique crust and crumb texture.1 Panettone can be found in two main varieties:1

The earliest written mention of panettone is an Italian manuscript written in 1470 by a preceptor of the House of Sforza. The first entirely wheat flour panettone was produced in the 15th century.

Panettone is industrially manufactured through the following process:1

Panettone is commonly made with the following ingredients:1

Panettone doesn’t have a specific FDA regulation, however its core ingredients are considered GRAS.

Similarly in the EU, panettone doesn’t have a specific regulation and its ingredients are considered safe for consumption.

Italy is trying to add panettone to the list of products that can use protected designations, due to the cultural importance of the product, and thus amending EU Commission Regulation (EU) No 1169/2011.5

The Science Behind Cultured Wheat