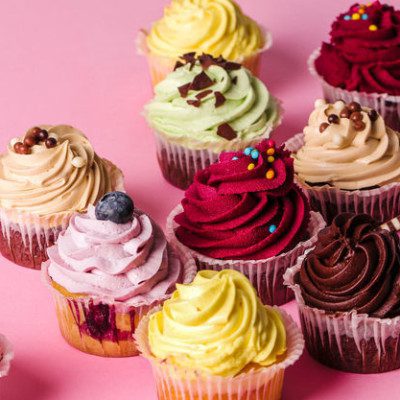 Cupcakes are small, tasty snack cakes that are favored for their portability and portion-control. They are batter cakes baked in a cup-shaped foil or temperature resistant paper.1

A cupcake can be prepared from a variety of formulations and can be decorated with cream and icings. Its composition is not that different from traditional high-ratio layer cakes. The only difference is the cupcakes higher batter viscosity, an important aspect for better processing and baking tolerances.

While the first official mention of the word cupcake was in the early 19th century, this dessert seems also to be referenced in 1796 as “a light cake to bake in small cups.” Today, one can find a wide variety of cupcakes, ranging from the simple to the sublime, and entire businesses have emerged in the last decade focused solely on cupcakes.2,3

How are cupcakes made?

While the above formula describes a recipe for the production of cupcakes using the multi-stage mixing method, commercial-scale production may use different formulations if a continuous mixer is being used.

Know the Flow of your Product