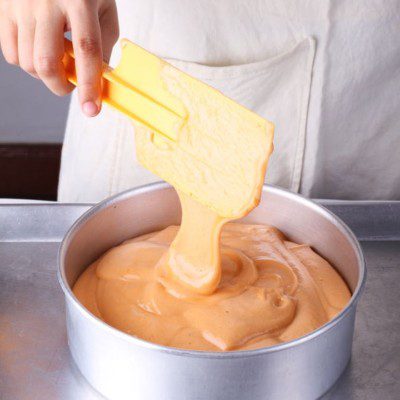 Viscosity is the thickness or resistance to flow of a fluid. It is the measure of shear stress/shear rate. Shear stress is the force per unit area used to move a material.3 Shear rate is a measure of the change in speed at which the intermediate layers of a fluid move with respect to each other.3

A fluid with higher viscosity would pour slowly and seem thicker than a fluid with less viscosity. For example, water would have a lower viscosity than cake batter. Centipoise (cP) is the standard unit of measure for viscosity in the USA. MilliPascal*seconds is the common unit in other countries.

Newtonian fluids do not change viscosity with shear. This means that a plot of shear stress versus shear rate at a given temperature is a straight line with a constant slope that is independent of the shear rate.2 Examples of Newtonian fluids are water, air, and ethanol.

How is Viscosity Measured?

Viscosity is measured with Viscometers, Rheometers, or Plastometers. Samples may be gathered during processing and lab tested by QA staff. Another option is an inline system allowing constant monitoring during production. It is important to remember a material’s viscosity is not a single point measurement, but often depends on a number of factors, like time and temperature.1 Small variations of processing conditions and raw materials can affect flow behavior and final viscosity.5

How Can Viscosity Impact Commercial Production

Understanding viscosity can allow you to determine the best process and equipment needed for commercial production of your product.5 For example, “the ability to characterize the pseudoplastic behavior of the batter can pay dividends in more ways than one.  Processing the batter effectively in a production operation relates back to the viscosity issue.  Thicker formulations are more difficult to move and handle in general. There may also be a correlation between the density of the baked product and the viscosity of the batter.

“Consequently, some major bakeries have progressed from making benchtop measurements with a rotational viscometer in the QC lab to using an on-line process viscometer which measures continuously as the batter is mixed and processed.  The obvious advantage is the improved quality in batter consistency and potential cost savings in not reworking out of spec batches.”4