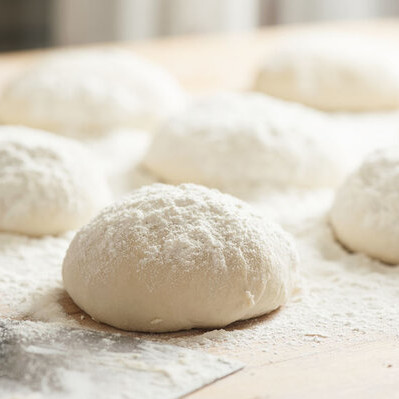 Xylanase is one type of hydrolytic enzymes which targets arabinoxylan fibers naturally present in cereal flours, both refined and whole grain. It has been heavily used in the breadmaking industry over the last few decades. Especially, in the production of white bread, whole wheat bread, multigrain bread, and many other baked goods.

Xylanase can be obtained from fungal and bacterial fermentations.

Along with first generation lipases and pure fungal alpha-amylase, xylanase became a valuable tool for bakers who were struggling to replace or significantly reduce levels of potassium bromate and other oxidizing agents.

Xylanase is considered a multifaceted enzyme which does not perform just one single function in yeast-leavened dough systems. Instead, it plays different roles that positively affect the gluten-starch matrix integrity. Thanks to its action on fiber constituents, it also promotes beneficial gluten-fiber interactions, and creates more favorable conditions for further gluten hydration.1,2

Despite the prevalence of hemicellulases in cereal grains, large scale production relies on fermentation and downstream processing using modern biotechnology.

The following block diagram summarizes the commercial production of xylanase:

WU-Axs are thought to be present in discrete cell wall fragments that can form physical barriers for optimum protein aggregation through S–S bonding and may interfere with the formation of a strong gluten matrix during mixing.1,3

1. Hydrocolloid effect
WE-AXs are a soluble form of pentosans which function as natural gums or hydrocolloids. By holding large amounts of water, they increase the bulk viscosity of the liquid phase of dough, enabling the dough to better cope with the mechanical stresses found in the process line.

2. Oxidative gelation of WE-AXs
In the presence of hydrogen peroxide produced by GOX, ferulic acid residues in WE-AX chains can link adjacent AXs by forming diferulic acid bridges. This is known as oxidative gelation and creates larger and more stable molecules known as AX gels which reinforce the gluten network.

4. Dough relaxation effect
As the xylan backbone is further hydrolyzed and reduced, water which was previously held by the larger polysaccharide, is freed, and redistributed within the dough. The release of water is responsible for the extra viscous behavior and mobility of the dough.

Similar to other enzymes, food lipases are GRAS (Generally Recognized as Safe) and often considered a food processing aid in the US. The FDA regulates their origin (food-compatible) and establishes limits to their use (if applicable) based on GMP.5