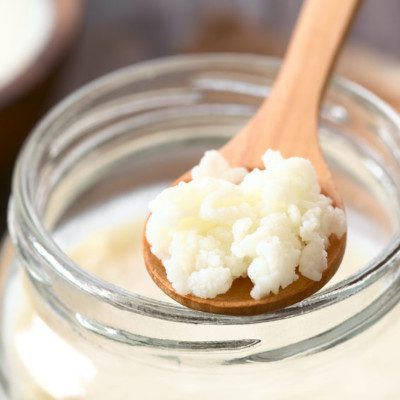 Probiotics are edible living microorganisms that are beneficial to the host system. They have been shown to have many health benefits such as reduction in infections, allergic symptoms, bowel disorders and so on.

Probiotics are used in baked products for:

The word is derived from the Greek, meaning ‘for life.’ There is biblical evidence of the presence of microorganisms in fermented milk products (Genesis 18:8).1

The earliest recognition of probiotics (from Bulgarian Bacillus) in preventing infections was documented by Metchnikoff in 1907. Later, Lilly and Stillwell in 1965 described a substance secreted by one microorganism to stimulate the growth of the other to describe the opposite of the word ‘antibiotic.’ However, it was not until 1974, that Parker defined it the way we use it in the current context.

Probiotics, like starters and other food cultures, are made through industrial fermentation of isolated pure strains of bacteria in an aseptic environment. The production process differs among strains. Several fermentation technologies have been adapted to their production including fed-batch, continuous, membrane bioreactors, immobilized cell and others.

Industrially available probiotics could be a single pure strain or a mixture of strains. Common probiotic bacteria include Lactobacillus acidophilus, L. rhamnosus, L. casei, Bifidobacterium lactis, etc. There is ongoing research on new strains which may be resistant to or highly viable in food processing/gut conditions.

Probiotics are often encapsulated in a suitable matrix to prevent loss of viability in the gastrointestinal tract. Encapsulated probiotics reach the intestine and populate the gut microbiota while being protected from the harsh conditions of enzymes and acidity in the stomach.

Most probiotics are heat sensitive and thus are incorporated in baked products after baking. However, spore forming bacteria, such as B. Subtilis, have an advantage. They form indestructible spores during baking and become viable in the human gut. The strain B. Subtilis R0179 is an excellent strain for use in baking and has been studied in detail for its use in cookies and bread. Other probiotic bacteria that may not be heat stable, such as L. rhamnosus, may be used in baked products through a spray-on technology.3

Generally, temperatures of 130 ̊F for less than one minute at a water activity of 0.4 or below will not harm most probiotic bacteria. Following are some examples of probiotic bacteria and their specific applications.4

Strains such as B. subtilis, B. coagulans, L. acidophilus, B. lactis, B. bifidum  have been self- affirmed as GRAS. FDA guidance on Quantitative Labelling of Dietary Supplements Containing Live Microbials requires that probiotics are labelled with the quantitative amount (g/mL) with the CFU (colony forming unit) as well.