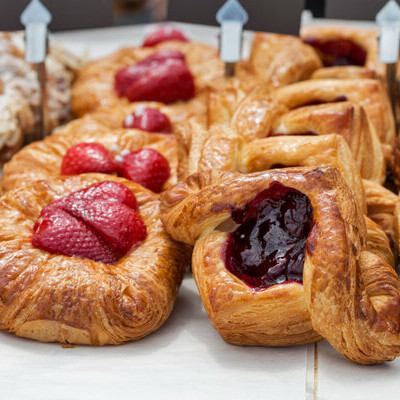 Benefits of neotame include:1,2 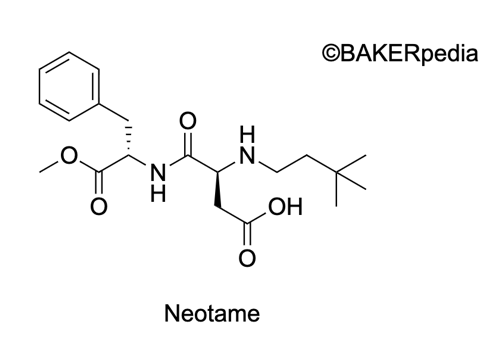 Neotame was discovered by a French research group led by Prof. Jean Marie Tinti and Claude Notre at Claude Barnard University in the 1980s. It is derived from aspartame and 3,3-methylbutyraldehyde and has a similar structure to aspartame.

This sweetener was originally commercialized by The Nutrasweet Company.2

Compared to other non-caloric sweeteners, it provides a similar taste profile to sucrose at lower concentrations in baked goods. It provides a clean taste and no residual metallic off-flavors.1,2

Because it cannot be metabolized by humans, Neotame is a non caloric sweetener. The Acceptable Daily Intake (ADI) of Neotame is 0.02 mg/kg.1,2

This is safe for individuals with phenylketonuria and is considered  a non cariogenic sweetener with no impact on glycaemic control.2

Neotame is commercially produced from aspartame using the following process:3

Neotame is commonly used in low calorie food products such as:1

This sweetener is stable under baking  pH, moisture and temperature conditions.1 it is not synergetic  with other alternative sweeteners, except with saccharin at a 14-25% rate. The characteristic licorice flavor is usually reduced by blending with other intense sweeteners.2

Other considerations when using neotame:

Neotame is considered safe for addition to food products by the FDA when following good manufacturing practices. This regulation excludes the use in meat and poultry.4