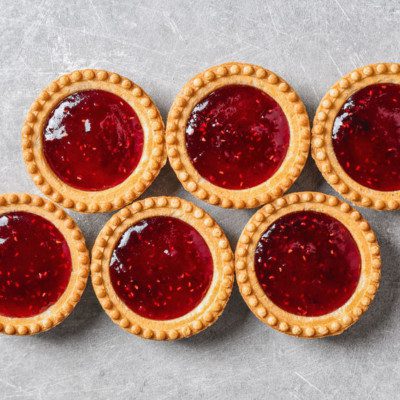 Methylcellulose (MC) is a food gum. A derivative of cellulose, it is a non-digestible fiber and non-allergenic.

A distinct property of MC is its ability to form gels at high temperatures and reversing to a viscous liquid upon cooling. It’s used in a wide range of baked goods such as cakes, donuts, breads, cookies, pies and glazes as a:

Methylcellulose is a derivative of cellulose which is obtained from the bark, wood or leaves of plants such as cotton. Due to limitations with cellulose functionality, products such as MC have been produced commercially since the 1920s in Germany and in 1938 in the U.S.1

MC forms thermoreversible gels and can be used as a thickener in food. Due to its surface-active behavior, it is also used as an emulsifier, a stabilizer of aqueous suspensions or a film former.2

MC is derived from cellulose found in wood and cotton. The cellulose sheet pulp is alkalinized and reacted with methyl chloride to form cellulose ether. The crude product is dispersed in hot water and is recovered via separation and filtration or centrifugation. Drying and milling result in the final pure MC product.1

MC is a simple cellulose ether where methyl groups (-CH3) are substituted for hydroxyl groups at C-2, C-3, and/ or C-6 positions of anhydrous glucose units. It has an amphiphilic character and is water/organo-soluble under suitable conditions.

It is commercially available in various degrees of substitution (DS) which determine its solubility and gelation properties. At DS of 1.3-2.5, MC is water soluble while at higher DS (>2.5) it is only soluble in organic solvents.

MC is typically used at very low concentrations (0.07-0.3%) in food formulations. Its applications include:1,2,3

21CFR182.1480 states that the methoxy group (O-CH3) content should range between 27.5-31.5% by dry weight (i.e. 27.5-31.5% of hydroxyl groups in cellulose must by substituted by methyl groups; DS between 1.7 to 2.2). This substance is generally recognized as safe when used as per good manufacturing practices.