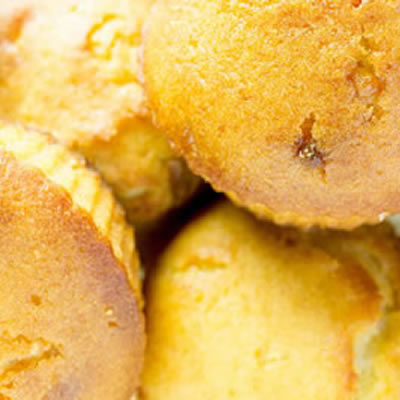 Cellulose is an insoluble, non-digestible, food ingredient. It is a glucose polymer with varying chain length and is derived from cell walls of plants and some algae. Cellulose is the most abundant organic compound on earth.

Cellulose was first isolated from wood in 1839 by the French chemist Anselme Payen.1 Its separation from lignins is based on its inability to dissolve in alkaline solutions. At the beginning of the 20th Century, cellulose was used exclusively in industrial applications such as plastic polymers, artificial silk, cellophane and many others. In the later part of the 20th century, cellulose fiber found applications in many food and bakery systems.

The first commercial development of cellulose-fortified bread for calorie reduction in the U.S. was in 1961, led by Dr. Simon Jackel with Quality Bakers Association. The bread was sold by few bakeries for about three years but did not evoke significant consumer interest. Another launch was attempted in the 1970’s and met with commercial success. 2

Generally, whole wheat grains, specifically the bran, is a good source of cellulose fiber. Other  common cellulose-containing grains include but not limited to rice, oats and rye. Cellulose fiber can also be sourced from a plethora of fruits and vegetables.3 Examples of these include:3

Cellulose is composed of an unbranched linear chain of thousands of glucose units. It can be produced in various micron lengths depending on the application and property desired.  Cellulose fiber is insoluble in concentrated alkali and is resistant to acid hydrolysis.5

Although cellulose is not water-soluble, when dispersed in water it swells and gains weight. This property is responsible for cellulose desirable functional performance in bread such as texturizing and gel formation, stabilizing crumb structure and volume build up. Cross-linking among cellulose chains is responsible for its mechanical strength and stability. All these qualities make cellulose an excellent ingredient for gluten-free bread formulations.

Cellulose is indigestible by humans. Its digestibility does not improve when it is cooked or baked. However, the weakening of the cell structure allows our digestive enzymes to absorb some nutrients associated with cellulose. 6

Cellulose is a valuable source of insoluble fiber in baked goods. It has little to no caloric value and can aid in a managing the caloric content of the end products.3

There can be many health benefits from the addition of cellulose fiber to a baked product. This includes: heart health and reducing gastrointestinal pain  Additionally, it can improve the gastrointestinal transit, prevent constipation and reduce fat absorption from the digestive tract. 4

Cellulose fiber is typically added to baked goods at less than 2% when fiber claims are needed for the product. In foods and bakery formulations, cellulose does not impart any undesirable flavor or taste.

Formulating baked products with cellulose or cellulose derivatives is currently a common practice for enhancing the fiber content, replacing fat or gluten, at least partially. In such formulations, cellulose can be added as a pure ingredient or as a concentrate from grains, fruits or vegetables. Addition of cellulose to bakery formulations requires a substantial increase in the water content. Below are some notable examples:

“Cellulose, regenerated” is approved and listed as GRAS under 21CFR 176.170, Indirect Food Additives.9

Additionally, many fibers derived from vegetable, seed and grain hulls are also listed under the GRAS list.