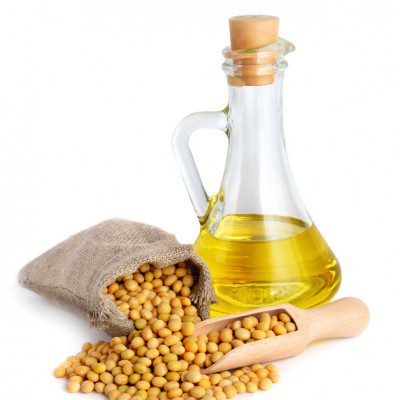 What is an Emulsifier Alternative?

Why use an emulsifier alternative?

The enzyme, transglutaminase, is produced from fungal fermentation. Plant protein and hydrocolloids are extracted from plants.

The following can be used as an emulsifier alternative:

TGase is produced commercially via traditional fermentation by the microorganism Streptoverticillium moboarense. The enzyme acts in wide ranges of pH and temperature (pH 5.0-8.0, optimum temperature of 50oC, but with activity between 40 and 70oC), is Ca2+ independent, and its activation requires no special cofactors.2

TGase can be especially used in the gluten free baking products. It can promote protein cross-linking. It has been proved to enhance the baking characteristics as well as overall macroscopic appearance of buckwheat bread and brown rice bread.2 Adding TGase to the gluten free batter prepared from pregelatinized cassava starch, sorghum and egg white increase crumb firmness and chewiness of the bread.5 The protein source is a key element determining the impact of the enzyme. TGase has no effect on breads from oat, sorghum or teff.1

Proteins are important emulsifiers in food emulsions due to their surface properties. The ability of a protein to form and make an emulsion stable depends on an adequate balance between its molecular size, charge, surface hydrophobicity and molecular flexibility. Protein acts as emulsifiers by forming a film or skin around oil droplets dispersed in an aqueous medium, thereby, preventing structural changes such as coalescence, creaming, flocculation or sedimentation.

Chickpea flour has been used in gluten-free batters, together with tiger nut flour, to replace emulsifier and shortening. Chickpea flour increased the bread specific volume. Bread elaborated with both chickpea and tiger nut flour maintained its baking characteristics (bake loss, specific volume, crust and crumb color and crumb hardness) even when shortening and/or emulsifier were reduced or eliminated.1

Lupin flours has been used in bread making. The substitution level that provided the best bread quality for whole lupin flour was maintained up to 5%; thereafter decreasing in quality attributes.6 The detrimental effects at higher substitution levels appeared to be associated with the nonprotein components of the lupin flour.

Preparation of emulsions and control of emulsion shelf life are the key functional roles of food hydrocolloids. Hydrocolloids make good stabilizing agents because of their hydrophilicity, high molecular weight and gelation behavior which leads to the formation of macromolecular barriers in the aqueous medium between dispersed droplets. The most widely used hydrocolloids emulsifiers in food applications are gum Arabic, modified starches, modified celluloses, some kinds of pectin, and some galactomannans. Gum arabic that is widely used in citrus drinks.

Transglutaminase, lupin flour and gum arabic have been recognized as GRAS substances by the FDA.