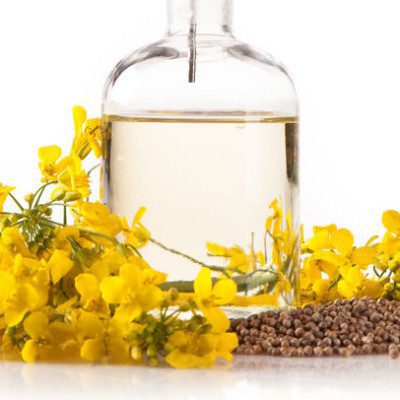 What is Canola Oil?

In the baking industry, it is used as a moistener and tenderizer in cakes, breads, cookies and muffins. It is also used to make shortening and pastry margarine.1,2 Several types of canola oil have been developed in the last 40 years, such as:

Canola oil is obtained from the Brassica napus and Brassica rapa seeds. This seed was first cultivated 4000 years ago. Industrial production of this oil began in Europe around the 13th century. In 1959, the first low erucic acid canola oil was produced in Canada. Newly-discovered health benefits of canola oil in the 1980’s led to wide expansion in its  production and distribution.1

Consumption of this oil has been associated with lowering blood pressure and gastrointestinal and renal health.  It may also help with glucose control in diabetic patients.

Canola oil can be commercially obtained through the following process:1,4

Canola oil can be used in several baking systems such as cakes, cookies, muffins and breads. Its mild flavor helps in preserving the baked good’s own flavors.1,2

Margarines and shortenings made with canola oil are used in various baking applications. It is typically mixed with hard fats such as tallow, palm and fully hydrogenated soybean oil to meet the required specifications.5

Canola oil is Generally Recognized As Safe (GRAS) by the FDA. In 1985, a low level erucic acid rapeseed oil was recognized as GRAS.5,6

Are You Ready to Label Bioengineered Food?