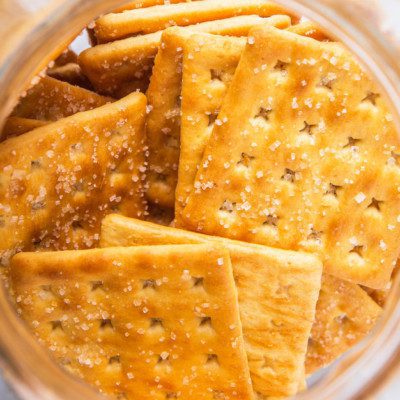 Also known as baker’s ammonia or salt of hartshorn

What is Ammonium Bicarbonate?

Ammonium bicarbonate, NH4HCO3, is a common leavening agent which releases CO2 without the need for an acid. Unlike baking powder or soda, it does not leave an alkaline taste, characteristic of soda or baking powder.

This ingredient is not used in high volume cakes, but mostly in:

Historically, ammonium bicarbonate was produced in Northern Europe from dry distillation of hair, horn or other nitrogenous organic matter. Today, it is produced commercially by dissolving carbon dioxide in ammonia:

Baking soda can replace this ingredient in low-moisture products like dry cookies or some cracker products although this may not reproduce the unique texture.

Advantages of using this in baked goods include:

In high moisture baked goods (in excess of 5%), ammonium bicarbonate may lead to the development of ammoniacal flavor. This is why it’s most suited for low-moisture products such as biscuits, crackers, cookies, and waffle cones.3

Typically, this ingredient is mixed in with the liquid ingredients to ensure its dissolution prior to incorporating into the dry mix. In some formulas, it is used in combination with 30-50% baking soda.

The Secret to Baking Crackers