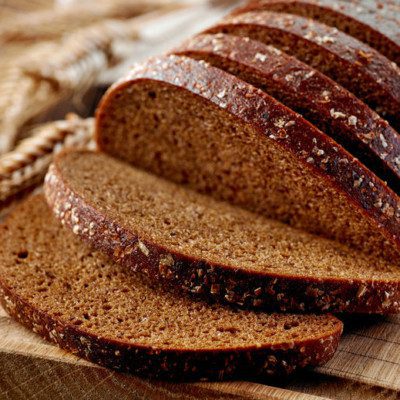 What is Rye Bread?

Rye bread is a variety bread that has a distinct flavor and dense texture. It is mainly produced and consumed in Northern and Eastern Europe. The best known rye breads include:

Breads made with 100% rye flour are common in Europe while in the U.S., they are a combination of wheat and rye (20%) flours.

Rye bread is very popular in Europe and Germany. The grain is believed to have originated in Asia in prehistoric times and was brought to Europe in the Middle ages where it was widely used in breadmaking and producing alcohols. Migrants from Northern Europe brought rye bread to the U.S.

How is rye bread made?

Depending on the type (light, medium or dark) and amount of rye flour used, rye breads can vary in crumb color (white to very dark) and taste (mild distinctive to very strong acidic taste). Rye breads also vary in shape (round to elongated) and can include caraway seed or other spices.

Because rye is mostly consumed as a whole grain, its bread is very rich in dietary fiber and bioactive phenolic compounds. Satiating effect of rye products (bread, porridges, etc.) is well-documented. Recent studies indicate that some of these products can delay hunger by up to 8 hours after consumption.4

There is no Standard of Identity for rye bread.