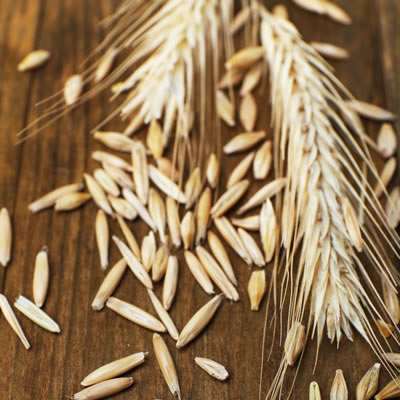 What is Rye Flour?

Rye flour is the powder milled from whole rye berries or grains from rye grass. It is used to produce rye and sourdough bread, providing a distinctive flavor and improved nutritional content compared to bread baked with wheat flour.

There are generally two types of flour produced:

Rye is very prevalent in Europe, and is still to this day the most popular flour used in Germany. It was brought to Europe from Asia during prehistoric times and used widely during the Middle Ages as a bread and alcohol grain. Rye prefers poor, sandy soils and can grow under mixed weather conditions. This is why it was preferred over wheat in the colder climates, as wheat prefers warm and dry weather.

In North America, there are generally two types of of this flour produced:

In Eastern Europe, the flour produced is darker in color, and much coarser.1

Rye flour is used to produce rye bread as well as sourdough bread. Both have a very distinctive flavor which comes from the slightly sour taste that this flour provides. Rye flour has a different taste and texture compared to wheat flour.

The carbohydrates in rye flour hinder the gluten’s ability to form the “gluten matrix” properly, resulting in a lower loaf volume. It does not hold gas as well as wheat flour. This results in a denser loaf of bread and smaller holes in the crumb.2  This is due to the decreased cohesiveness of the gluten proteins in rye called secalins and glutelin. These are equivalent to the higher levels of gluten proteins found in wheat called wheat gliadins and wheat glutenin.3,4

However, rye contains the highest levels of arabinoxylan (pentosans) of all cereal grains5 (range of 6.5-12.2%) and has 2% water-extractable and 3% water-unextractable arabinoxylan. This affects the breadmaking quality, as it helps gas retention in the loaf and in turn increases the loaf volume, producing a softer bread crumb.6

Some formulas often call for a 50-50 blend of rye and wheat flour to help increase the strength of the gluten. In North America, rye bread typically contains about 20% rye flour in the formula (with a high percentage of wheat flour) to impart additional flavor and to add color. In Europe, it is more common to see bread loaves made from 100% of this flour.1,2

There are light, medium, and dark varieties of rye flour. The main difference between each is the amount of bran left in the flour after processing. The more bran left in, the darker the flour. The nutritional content also increases with more bran present, as the bran layer contains the most nutrients. However, the functionality may be slightly hindered as the bran is not ideal for gluten formation. Wheat flours can be added to help improve gluten strength in that case.

It is in the intermediate range of the Glycemic Index (rank of 56-69).2

Rye flour is more nutritious than wheat flour due to the presence of more bran in the finished flour. The amino acid composition is slightly better versus other grains because of high levels of proteins – albumins and globulins in the rye. Adding rye flour to a recipe increases the dietary fiber in the product.1

Rye flour is produced by milling rye kernels with a corrugated roll to grind the kernels. Prior to milling, rye kernels need to be thoroughly cleaned to remove ergot, a toxic fungus if consumed in large quantities.1

Rye flour is more commonly used as a flavoring element in recipes with wheat flour rather than a significant component of the final product.

Rye absorbs twice the amount of water than wheat. Bread recipes utilizing this type of flour yield a softer, moister texture in the final product and a longer shelf life.1 Caraway pairs well with rye.2

Rye flour is GRAS regulated by FDA in article 21CFR101.91 of the Code of Federal Regulations.7