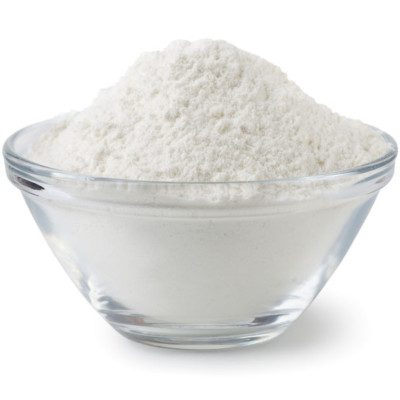 What is flour bleaching?

Flour bleaching is a chemical treatment that removes yellow xanthophyll and other pigments from milled grains to produce whiter, finer-grain flour suitable for high ratio cakes, cookies and quick breads.1

Some bleaching agents can also help in “aging” flours, improving their functionality while preserving their nutritional qualities. Unlike chlorine derivatives, nitrogen and benzoyl peroxides function exclusively as whiteners with little or no effect on ‘maturing’ flours.2

Historically, flour whitening was done ‘naturally’ by allowing the freshly-milled wheat to sit for 1-2 months and get exposed to oxygen. That process became impractical due to required investment in time, space and contamination prevention.2

Flour bleaching with additives was introduced following a 1906 Congressional Landmark Pure Food and Drug Act which addressed the safety of chemical additives. Nitrous oxide was one of the fist additives adopted by American mills as a flour whitener. Other flour bleaching agents were soon added to the approved food additives list including chlorine gas in 1912 and benzoyl peroxide powder few years later in 1921.

Gaseous bleaching agents such as nitrogen peroxide and chlorine are fed into a bin containing the freshly-milled flour.

Bleached flour is more economical than the unbleached version due to its ease of production.

Due to its non-selectivity, flour bleaching affects many components of the flour system. In addition to  whitening, gaseous chlorine can partially break down amylose and amylopectin fragments of the flour, improve protein solubility, degrade pentosans and modify the flour lipid profile.

Chlorine based bleaching agents are mostly added to cake flour and, in smaller doses, to all-purpose flours. Benzoyl peroxide is a slower acting bleaching agent compared to chlorine derivatives. Calcium peroxide’s effect is not as well-pronounced as other flour bleaching agents. Its ability to increase pH is beneficial to flours with high amylase activity. Its disadvantages include a negative effect on volume yield of baked goods as well as susceptibility to excessive browning development.

Regulations for flour bleaching are clearly defined by the FDA under CFR 21 137.105 cereal flours and related products. When optional bleaching ingredients are used the word “bleached” must be on the product label.4

Permitted levels of flour bleaching agents are specified by the FDA.

Bleaching agents are banned in the EU, Canada, UK and China.