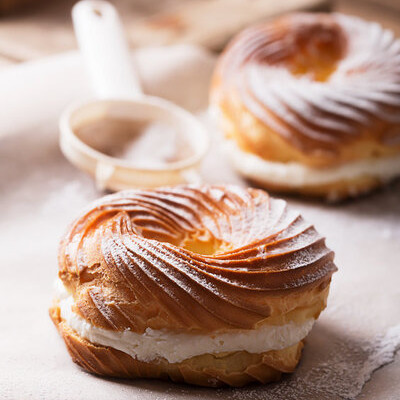 Xylitol is an alternative sweetener and bulking agent derived from xylose. It is the sweetest of all polyols with intensity similar to that of sucrose.

Xylitol can be naturally found in several fruits and vegetables and is formed as an intermediary product from carbohydrates metabolism in the liver. It was first isolated in 1891 by the German chemist Emil Fischer.1 In the 1940s, efforts began to produce xylitol from xylose and later in 1960s, a commercial process for the production was developed.1

Today, xylitol is used as a sweetener and a bulking agent in a variety of low calorie food products.1

Xylitol is a sweetener with a similar flavor profile to sucrose. It has a characteristic cooling effect and can also contributes to volume and texture in baked goods.2 As a sweetener, it works synergistically when combined with several high intensity sweeteners like aspartame, and aids in masking undesirable aftertaste.2

Xylitol provides 2,5 calories per gram of product. It is partially metabolized by the organism. As a low calorie sweetener, it doesn’t have a recognized effect on insulin levels, and it’s considered non-cariogenic.2

This ingredient is commercially produced through the following processes:1,3

Xylitol is commonly used in reduced calorie food products such as:1

In addition to imparting sweetness, xylitol is used as an effective humectant in cakes and muffins, this contributes to:1

Another characteristic of xylitol is the absence of reducing groups. So, it doesn’t participate in browning Maillard reactions, and thus produces lighter colored baked goods. In creams and fillings, it provides a pleasant cooling effect that may enhance products’ flavor and add a sense of freshness and juiceness in fruit flavored fillings.1

Xylitol is a food additive permitted for direct addition in food products provided that its usage level does not exceed the amount required to produce the desired effect.4