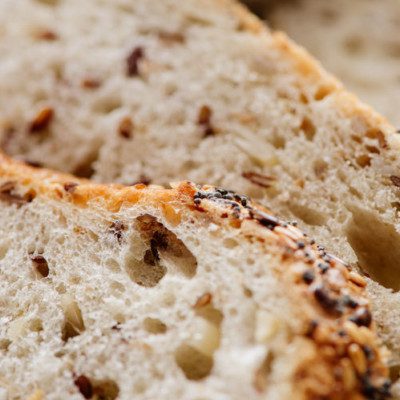 Trehalose is a carbohydrate ingredient used in baking, beverages, chocolates and other food formulations. The molecule is made up of two glucose units and does not participate in Maillard or caramelization reactions.

Its anti-staling properties, thermal stabilization of wheat proteins and beneficial impact on bread yeast make it an ideal component of frozen dough systems.

Trehalose, widely distributed in nature, is found in plants as well as in bacteria, fungi, insects and invertebrates. It protects these microorganisms against various stresses such as loss of moisture and freezing.1 Mushrooms contain up to 10-25% of it by dry weight.

H.A. Wiggers (1832) discovered trehalose while studying solutions of the ergot in rye.2 Later in 1859, Berthelot extracted the carbohydrate material from cocoon like shells found on the leaves of trehala manna obtained from the Middle East which he later called ‘trehalique glucose.3

Trehalose has the same caloric value as other sugars (4 kcal/g). It has no laxative effect and breaks down in the human body into glucose.

Trehalose wasn’t produced industrially until 1994. Conventionally, it was extracted from yeast, but this had a low yield.2 The Japanese company Hayashibara pioneered the development of a  method to produce this ingredient. It involved heating a starch slurry, liquifying using mainly alpha-amylase and other enzymes to debranch starch and breaking it down into oligosaccharides and further treatment with MTSase and MTHase to produce trehalose. Decolorization with activated carbon and  filtration results in its pure form.2

Trehalose can be used to:

It can be used in bread and other baked goods due to its protein stabilizing properties and texture improvement. Bread baked with up to 11% trehalose was preferred in a sensory comparison test over the control. It was also found to reduce bread hardening rate.4