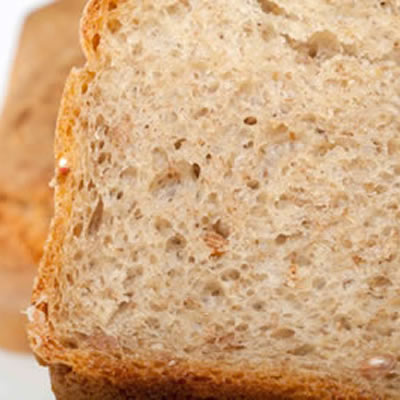 What is Potassium Iodate?

Potassium iodate is a food ingredient that oxidizes and strengthens gluten protein bonds in bread dough almost immediately after mixing. It accelerates the reactions which allow the bread to rise during baking.

In the mid 1900s, bread making changed from the traditional method of bulk fermentation to new mechanical processes dependent on fast acting oxidizers.2 The less traditional processes (continuous, no time dough, chorleywood) use mechanical and chemical re-arrangement of the gluten structure to develop the dough.

Similar to other oxidizing agents, this one enhances gluten formation and adjusts dough strength, elasticity and tolerance. It affects the sulfur-containing amino acids in the gluten proteins by helping the thiol (SH) groups form disulfide bridges between gluten molecules. The addition of this agent to flour allows for a stronger dough by creating a gluten matrix.

This ingredient is often used in combination with the slow acting oxidizer potassium bromate. The use level for potassium iodate is small and often self limiting, since excessive amount produces bread with inferior qualities.

In the United States, potassium iodate is affirmed as a Generally Recognized as Safe (GRAS) food substance for use under the following conditions:

In the European Union, Australia, New Zealand and Canada, the use of potassium iodate as a dough strengthener is banned.4