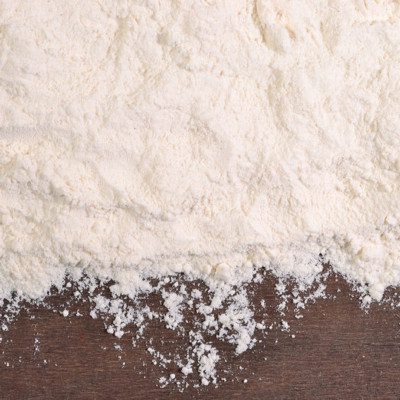 What is Patent Flour?

Bakers often use the term patent flour to refer to baking flour. However, most flour sold today, whether bread, cake or pastry, is patent flour. It is high quality, commercial grade white flour.

It’s the milled product of the innermost part of the endosperm of the wheat grain. The flour is low in ash and has a good white color. The highest quality is called extra short or fancy patent.

The United States Patent Office Commissioner granted George T. Smith a patent for the milling equipment design1 which initially produced patent flour. The invention, a “Smith washer” was first used in 1870 at a mill near Minneapolis, Minnesota. The flour produced with this equipment brought in $1.00 more a barrel more than other flour produced in the region.2

The Washburn and Pillsbury mills in Minneapolis area, invested in Smith, his processing equipment and knowledge. These mills saw their flour production quality and volume grow as interest in this new, high quality milling process began to spread.

Of the four basic edible streams of milled flour, the first two streams are:3

These streams are selectively combined from different types of wheat and sifted to produce commercial grades of flour including: 4

White flour contains mostly starch (68-76%) and protein (6-18%). It is also composed of moisture, a small amount of fat, gums and ash.  Since patent flour is relatively low in ash, the mineral content and nutritional quality of patent flour is low.

Most refined white wheat flours are patent flours and, based on whether they are milled from hard or soft wheat, have a different amounts of protein. Hard wheat is high in protein and more suitable for breads. Soft wheat is low in protein and suitable for cakes. A mixture of the two varieties of flours, all purpose flour, is versatile and finds use in a variety of baked goods.

Flour is listed under the Code of Federal Regulations (21 CFR 137.105). Wheat is also one of the eight major food allergens requiring labeling as specified by FDA guidelines.