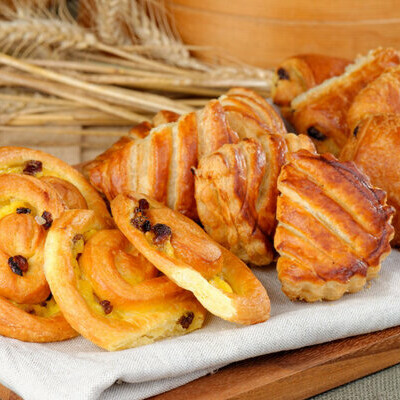 Olestra is a non-absorbable fat substitute that provides no calories to food products. It is made from a sucrose polyester and has a similar structure to fats. Olestra is commonly used in low-fat snacks, ready-to-heat popcorn, potato chips, and baked goods.1

Benefits of Olestra in food products include: 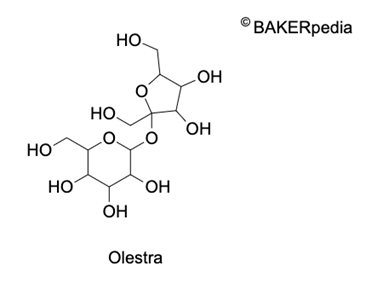 Olestra was originally discovered in 1968 by chemists Mattson and Volpenhein with Procter and Gamble and was patented in 1971. With increased consumer interest in low fat diets, and gaining FDA approval, several new Olestra-based low calorie products were launched in the US.1

Despite its usage in the US, Olestra is still banned in Canada and Europe due to some undesirable health concerns.1

As a fat substitute, olestra provides similar functions to fat in baked goods, such as:2

Olestra is a no-calorie food additive and may help reduce cholesterol. Adverse effects associated with the consumption of this ingredient are decreased absorption of fat soluble vitamins and carotenoids. So, food products made with Olestra should include higher doses of these vitamins. It may also have a laxative effect in some individuals.1

Olestra is commercially produced through the following process:

Common sources of triglycerides used in the manufacture of Olestra are cottonseed oil and soybean oil.

Olestra can be used in a variety of applications and food formulations. Following is a list of some of these applications:1

Textural and flavor profiles of Olestra’ are dependent on the original fatty acid used for sucrose esterification.

The FDA considers Olestra a safe food additive for direct addition to food products, when following the condition established by the regulation.4

Olestra is banned in Canada and the European Union.5