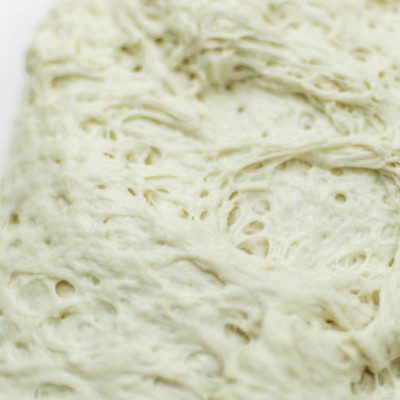 Maltase is one type of alpha-glucosidase enzymes that splits disaccharides like maltose into their constituent glucose units.

Similar to many other enzymes, maltase is found in various living organisms. It is an essential catalyst that participates in metabolic processes and energy conversion from carbohydrates.

Refined flour supplies about 1.0% endogenous simple sugars that yeast can use directly. However, this starting amount is typically not enough to produce a fully leavened product. If more food for yeast is needed to comply with standard breadmaking cycle times, then the addition of table sugar and/or amylase enzymes to the formulation will provide the best volume and texture results.

The following block diagram helps visualize the key role of maltase enzyme in the production of fermentable sugars from complex carbohydrates and disaccharides.

Enzymes that can be produced by baker’s yeast cells include:

Yeast produces both invertase and maltase to break down disaccharides and obtain simple sugars that can be used for cell growth and fermentation reactions. Sugars, such as glucose and fructose, are simple sugars that are fermentable by yeast.

Maltose, another non-fermentable disaccharide, is produced by beta-amylase activity on damaged starch and dextrins. Maltose must be broken into its two glucose units by maltase enzyme, which can also be expressed by yeast cells. Maltase expression is only triggered by the presence of maltose. Yeast does not release the maltase enzyme to convert maltose until all other simple sugar sources are exhausted.1

Maltase is not a common bakery enzyme. It is assumed and expected that yeast cells produce enough quantities of maltase molecules once maltose concentration gets high enough. Maltose amount becomes significant once starch hydrolysis has taken place during fermentation.

Without maltase, yeast would not be able to ferment the simple sugars obtained from starch modification unless a specialized amylase (e.g. AMG) is added to the formulation. Remember, starch is the major component of flour and dough. This situation would cause breadmaking processes, such as strict sourdough systems, to be virtually impossible or unfeasible. Under such scenarios, the dough systems that rely on baker’s yeast would be far too expensive and lengthy if not properly addressed with the help of other functional enzymes.

In case it is marketed as such, maltase can be considered as a GRAS substance (Generally Recognized as Safe).