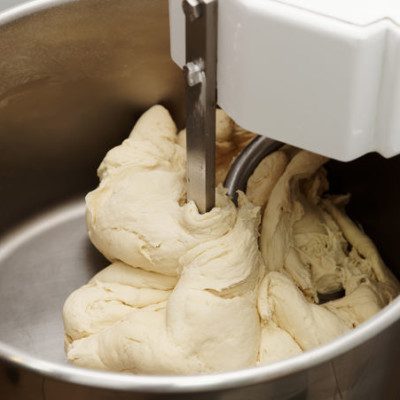 What is Inactivated Yeast?

Inactivated yeast is an all-natural ingredient that reduces mix times and creates a more extensible dough with improved pan flow. It consists of yeast cells that are no longer living or active so they cannot produce any of the effects of live yeast, such as fermentation.

Typically, inactivated yeast is added to baked goods to enhance a product’s nutrition profile. The ingredient also functions as a reducing agent and can supplant L-cysteine hydrochloride use.

Inactive yeast used in baking is most often derived from Saccharomyces cerevisiae, although studies on inactive yeasts from species including Saccharomyces fragilis and Candida utilis (also known as Torula yeast) for use in breads and baked goods have been evaluated.

This ingredient is a source of a cheese-type flavor as well as protein and vitamins, namely B vitamins.1  It also has the effect of a reducing agent by providing the peptide glutathione, which helps break down the gluten matrix and reduce mix times.2

Deactivated yeast is most often used as a chemical reducing agent, particularly for its effects on gluten. As such, it is viewed as a natural alternative for commercial baking, particularly to L-cysteine hydrochloride for manufacturing bread and fermented products.2

“A large advantage of this product is to keep the label of packaged breads clear, with fewer chemical additives,” states Michael Suas in Advanced Bread and Pastry: A Professional Approach.3 As such, it has become one of the two most commonly used reducing agents for baking.

Once harvested, the yeast is specifically treated such that it is no longer active. Deactivated yeast still contains the yeast cell contents, but does not have the “integrity” of the cell itself because the cell wall membranes have been disrupted. The activity of the enzymes and natural chemicals within yeast is not dependent upon that cell integrity, according to S. P. Cauvain in Baking Problems Solved.2 That process of deactivation triggers the yeast cells to release glutathione, which has gluten-reducing properties.

Inactivated yeast has been assessed rigorously and found to improve dough characteristics as well as the quality of finished baked goods.4 When used as an ingredient in laminated dough, for example, it reduces or eliminates shrinkage and dough deformation, enabling the final product to have a consistent shape. It can be added to biscuits, cakes, and quick-frozen doughs.

It is of particular benefit to sheet-based and laminated products, such as crackers, biscuits, and cookies, as it modifies the sheeting characteristics of dough. Its use in pastas has been studied. However, sensory evaluation finds that it does not taste good, despite the increased protein content and nutritional value of the final product.5, 2

It can be combined with oxidizers to optimize gluten development and dough processing performance.3 When used with oxidants, the combination can improve dough rheology and gas retention. It can, for example, reduce the bulk of the sponge and dough, especially in those doughs containing strong flours.2

When added to baked goods, it enhances a product’s nutrition profile. When added in different amounts to white wheat breads, inactive yeast was found to increase volume a little, while the elastic properties of the crumb decreased. This study found the protein content also increased and there was greater lysine content and nutritive value present.5

Dried inactive yeast does have many variables that may affect a product’s flavor profile. It may impart a sweet caramel-like flavor as well as a more aggressive roasted, beefy taste. To ensure an ideal final product, the addition of these types of products should be individual assessed prior to their use.1