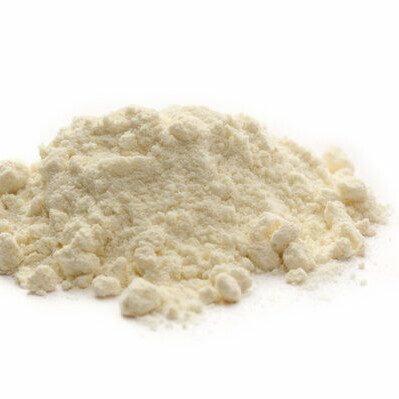 What is Fortified Flour?

In baking, fortified flour is used in making breads, cookies, muffins, cupcakes, among others with a higher nutritional value that traditional bakery products.

Traditional wheat flour can be fortified with the following ingredients:2

Fortified flour originates from the need to increase the consumption of minerals and vitamins. Cereal grain constitutes around 50% of the world’s population caloric intake, and thus provides an ideal vehicle to improve micronutrients consumption.2

Flour fortification formally began in 1941 by the introduction of iron and B vitamins to wheat flour. However, since the 1930s discussions were held around the loss of thiamin during the milling process and so baker’s began including voluntarily high levels of vitamins from yeast or synthetic sources. 2

Today, a large percentage of flour consumed worldwide is enriched or fortified with B vitamins and minerals.

Typical micronutrient content of this flour per pound of flour in comparison with the standard of identity established by the FDA:3

Fortified flour provides 364 kcal per 100 g.2 The high nutrient content of this flour may aid in the prevention of anaemia and neural tube defects, among other diseases.

The commercial process of fortifying wheat flour involves a final step to traditional wheat conditioning, milling and sizing,  where dry mineral and vitamin blends are mixed with the flour. It is then packaged in appropriate materials to maintain the integrity of the added micronutrients and reduce the chances of their degradation.

Fortified flour can be used in the manufacture of a variety of baked goods such as cookies, bread, muffins and cake, without a significant compromise of its organoleptic properties.

Fortified flour is considered safe by the FDA which establishes the statement of identity for enriched or fortified flours.4

In the EU, fortified flour doesn’t have a statement of identity. However, EU Commission Regulation No 1925/2006 does establish the vitamins and minerals accepted to be added to food products to enrich or fortify them, and the conditions in which they can be added.5