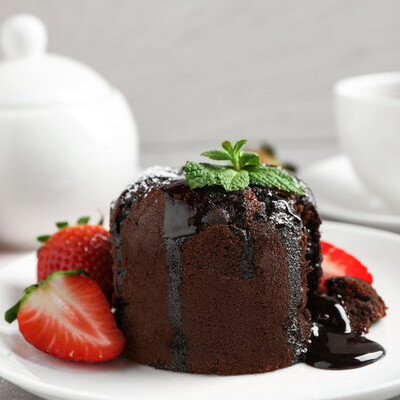 Erythritol is a low-calorie keto sweetener commonly used to sweeten beverages, yogurts, custards, and baked goods. It has a sweetening potency is around 60% that of sucrose1

Erythritol was discovered accidentally by Cerestar Company while studying the possibility of  producing polyols via the fermentation route. Following regulatory approval, commercial production started in 1993 for the Japanese market. Today, it is available worldwide and is approved for consumption in several countries.2

Erythritol is used as an alternative sweetener in several food products. It is recognized as a bulk sweetener which provides volume and texture. Erythritol does not dissolve as readily as sucrose and does not caramelize when heated.2

Erythritol is no calorie sweetener, has non-cariogenic properties and doesn’t raise insulin levels. Similar to other polyols, erythritol if consumed in excess may cause bloating.2

Erythritol is commercially manufactured through the following process:1

Other less used production methods include reduction of meso-tartrate or oxidation of 4,5 – O – ethylidene D-glucose.1

Erythritol is commonly used in low calorie food products such as:1

When using this ingredient as a sweetener in baked goods some consideration should be taken into account:2

Commonly used in combination with maltitol to improve sweetness and humectancy. So, it improves shelf-life and baking stability, providing a finer crumb structure and softer end product.1

According to the FDA, erythritol can be safely added to food products as an all-purpose sweetener and flavor enhancer.3