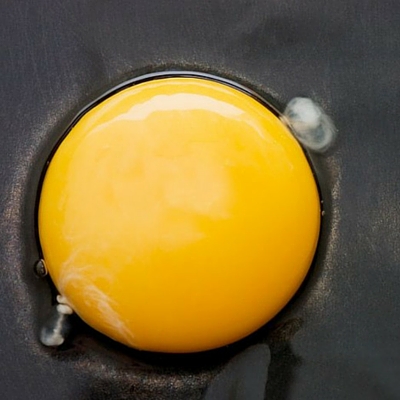 What is Egg Yolk?

Egg yolk, made up of vitelline membrane and yolk, accounts for just under a third of an egg’s total weight. They are a highly bioavailable source of the carotenoid lutein, a deep yellow pigment which give baked goods a rich color.1 In baked goods, egg yolks:

Total solid content in an egg yolk falls between 50 and 52 percent. Therefore, when replacing fresh egg yolks with dried egg yolks, use 50% egg yolk powder and 50% water. An egg yolk is mainly composed of neutral lipids and phospholipids (31%), and proteins (17%)—mostly phosvitin. The yolk’s pH level is around 6. The total solids and pH level in egg yolks are influenced by water migration from the egg white.2

Dried and liquid egg yolks act very similar in products. Picking which one to use depends on what you are baking. An egg yolk powder may be better with dry mixes or if you have limited chilled storage space, while liquid egg yolk may be easier to work with fresh products.

Eggs have been commercially dried since 1880 and frozen since 1903, and separated since 1912. While both dried and liquid egg yolks begin commercial production similarly, the additives and end process differ.

Dried egg yolks usually have added silicon dioxide or sodium silicoaluminate to prevent caking. Glucose is reduced, either by an enzyme procedure where a glucose-oxidase-catalase preparation and hydrogen peroxide solution is added, or a yeast procedure, where the pH is adjusted and a controlled fermentation with yeast takes place.4

Keep dried and powdered egg products in a cool dark place, until reconstituted. Then, use right away or keep refrigerated for no more than four days.