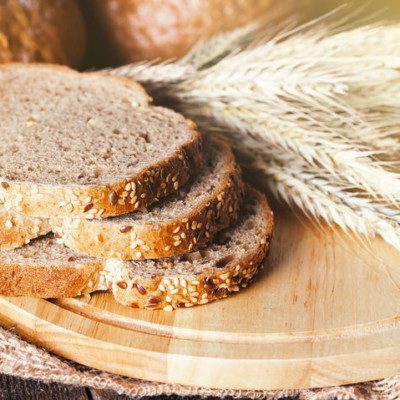 What is Clear Flour?

Clear flour is what’s leftover when the high quality white patent flour is extracted from wheat. Despite its name, clear flour is darker in color, as well as coarser and stronger tasting than patent flour. Because of its grayish color, it finds use in whole grain and rye bread.

Clear flour is more nutritious than patent flour because it is higher in bran, ash and protein. However, even though it is higher in protein, the gluten formed from this flour is lower in quality and does not perform as well as patent bread flour. In fact, this flour is the lowest quality of all commercial flour and is the least expensive.1

In the later part of the 19th century, industrial development improved wheat mill design. No longer was wheat just crushed, producing a flour with all the components of the wheat berry (endosperm, bran and germ). Instead, wheat started being processed through a process known as roller milling and run through a middlings purifier. The results were a fine white high quality patent flour stream as well as a lower quality clear flour stream.

Roller milling shears the grain, making it easier to scrape the endosperm from the bran and germ, producing a white patent flour. Further rolling produces a stream of flour higher in bran and germ: clear flour.

Milled wheat flour can be categorized into four basic edible streams. These streams are defined by quality, and after patent flour is produced, the flour obtained is:2

It has been said that comparing clear “to first patent flour is like comparing cream to skim milk.”2  Clear flour has a gray color and finds use in rye and wheat breads where its gray cast can stay hidden. When the patent flours and first clear flour are combined, this is called straight flour and is popular in France. Patent flour is preferred in North America.

White flour contains mostly starch (68-76%) and protein (6-18%). It is also composed of moisture, a small amount of fat, gums and ash. Protein, ash and color are higher in clear flour as compared to other streams:

Some baked goods may perform better with the functionalities imparted by the clear flour fraction. A study using both patent and clear flour for semi-sweet biscuit application, found that clear flour is preferred. Using this flour in the high flour/low fat and sugar application, produced a biscuit with superior length, easier break and higher density.4

Flour is listed under the Code of Federal Regulations (21 CFR 137.105). Wheat is also one of the eight major food allergens requiring labeling as specified by FDA guidelines.