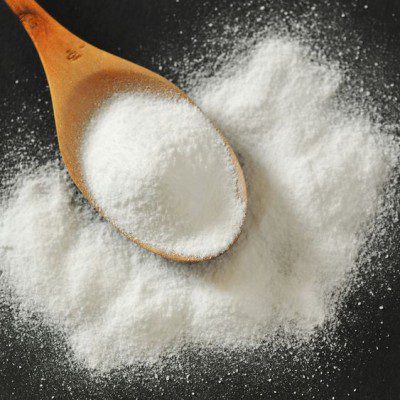 What is Baker’s Ammonia?

Baker’s ammonia is an alkaline chemical leavening agent used in the baking industry. It is an alternative to the commonly used baking soda and baking powder. Typically, Baker’s ammonia is associated with unique crispness and light texture in baked goods.

Baker’s ammonia was introduced to home bakers in the 1830s. It was originally made by grinding up the horns of deer and was typically used in Greek, German and Scadinavian cuisines.

Today, it is obtained through the chemical reaction of ammonia and carbon dioxide.

When exposed to high temperatures above 40°C (104 °F), Baker’s ammonia decomposes into ammonia, water and carbon dioxide. All three of them contribute to the leavening of baked goods.¹

Critical functions of Baker’s ammonia contributes in baked goods include:¹

Baker’s ammonia is commercially produced through the following process: 4

An alternative process involves a reaction of ammonium chloride or ammonium sulfate and chalk in iron retorts followed by sublimation.

Baker’s ammonia is typically used in the manufacture of low moisture (<5%) baked goods like German cookies (Basler Leckerli and Spekulatius), cream puffs and crackers. It is not recommended for large scale production, and high or intermediate moisture products like muffins, biscuits, cakes, and soft cookies.

Commonly observed effects of baker’s ammonia in baked goods are:

Baker’s ammonia is considered GRAS by the FDA when used within current good manufacturing practices, and it is regulated by the CFR Title 21 Part 184.4