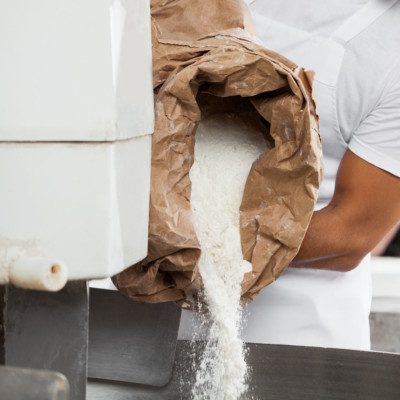 What is Solvent Retention Capacity?

Solvent retention capacity (SRC) is a physical test performed on hard and soft wheat flours to determine their end use, baking quality and hydration performance during mixing.1

The SRC test examines the water absorption and retention profile of gluten proteins, damaged starch and pentosans by using four different types of solvents: water, sucrose, sodium carbonate and lactic acid. It offers bakery and mill scientists and laboratory technicians the possibility to:

The SRC profiling test was originally developed by doctors Harry Levine and Louise Slade while working at the Nabisco Company in the late 1980s for the quality assessment of cookie and cracker flours. Although SRC testing was originally created and developed for evaluating soft wheat flour functionality, it is now being increasingly applied to evaluate hard wheat products as well.2

SRC technology is a unique diagnosis tool for predicting flour functionality, and its applications in wheat breeding, milling, and baking are increasing as a result of its extraordinary flexibility and broad scope.

How does an SRC test work?

SRC provides an evaluation of the solvent compatibility or water affinity of the three functional polymeric components of flour (gluten, damaged starch, and pentosans). This enables prediction and better understanding of the functional contribution of each of these flour components to the overall flour functionality and resulting quality of finished product.1

Such measurement is based on proteins and polysaccharides capacity to bind water, imbibe and retain it within a matrix or gel and undergo polymeric glass–rubber transition (hydration process).3

The following table present the water holding capacity of the main functional components of wheat flour:1,4

The SRC test consists of the following steps:5

Generally, lactic acid SRC is associated with glutenin characteristics, sodium carbonate SRC with levels of damaged starch, and sucrose SRC with pentosan characteristics. Water SRC is influenced by all of those flour constituents.2