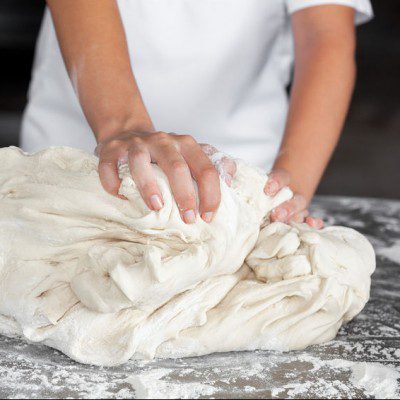 An extensograph is a tool used for measuring the flour quality and stretching behavior of dough. Extensional properties, which determine the course of dough expansion during proofing and baking, have a direct effect on:

Stress-strain data on dough were first recorded by Kosutany in 1907.3 In 1956, Rada continued experiments using the Neolaborograph.3 Both researchers obtained similar results. The extensometer was first patented in 1928 US1759219 A by Glenn Bowlus.  Since that time the extensograph has become the standard testing device for determining the stretch-resistance characteristics of dough. 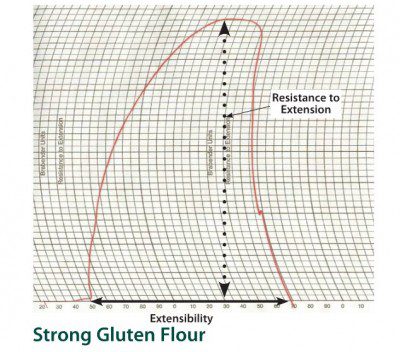 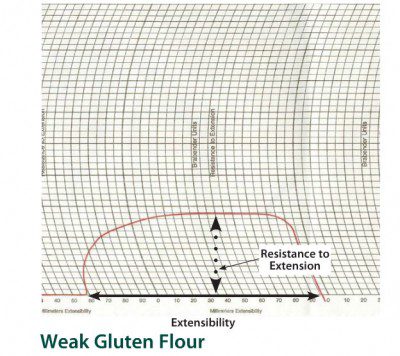 Resistance to Extension (R) is indicated by the maximum height of the curve and measured in centimeters, Brabender units (BU), or Extensograph units (EU).2

Extensibility (E) is indicated by the length of the curve. It is measured in millimeters or centimeters.2

R/E Ratio indicates the balance between dough strength (R) and the extent to which the dough can stretch before breaking (E).2

Area Under the Curve is a combination of resistance and extensibility. It is expressed in square centimeters.2

The dough piece is rounded and molded into a cylinder under constant conditions.3 Each piece is then pegged into a cradle and allowed to rest at a controlled temperature.3 The piece is extruded by a hook which travels downwards at a constant rate.3 The load on the dough piece is recorded and the extensograph curve is obtained.3

Results from an extensograph are useful in determining the gluten strength and bread-making characteristics of four.2 Changes to formulas such as fermentation time, type of flour or new supplier, dough additives can all be evaluated by an extensograph.