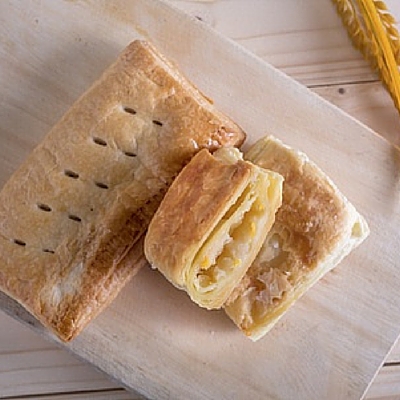 What is Wheat Starch?

Wheat starch is a carbohydrate found in wheat and is a common part of the human diet. Typical sources of starch for baking include wheat, corn, potatoes or tapioca. It is a polysaccharide containing an abundance of glucose molecules. Whether in its original form or as one of its derivatives, starch has a variety of uses in the food and manufacturing industries.

Starch comes from the Middle English word “strechen,” meaning “to stiffen,” yet use of the carbohydrate can be traced back much further. There are some references of ancient Egyptians sticking papyrus together with a starch glue and Romans extracting starch from grain in 170 BC. The first recorded starch discovery was by French chemist Bouillon Lagrange in 1804. A few years later, Russian chemist Gottlieb Kirchhoff found potato starch could produce sugar by an acid hydrolysis, the first modified starch.

Through the 18th century, wheat was the primary source of starch. However, potatoes and maize soon grew in popularity as well. During the 1940s, an increase in dry and processed foods grew the modified starch industry. The FDA is responsible for regulating the amount and types of modification.1

In commercial production, maize, potato, tapioca, wheat, rice and arrowroot are sources for starch. The extraction method depends on the original plant or root being used. In the U.S., cereal grains are the most common source.2 ‘

To produce corn starch, kernels are cleaned and soaked in water to enlarge and soften them. They are then milled to crack the outer shells and then a separator frees the germ. The germ includes starch, fiber and gluten. After a fine grinding and screening process, the fiber, starch and gluten are processed in a centrifuge to spin out the thinner gluten. Wheat starch is made from hydrated flour; once the flour has been treated, the gluten matrix forms and the starch can be washed out. Potato, tapioca and rice starch are produced by a similar hydrating and centrifuging process.

Once separated, starch is either dried and sold as powder or converted into syrups, sweeteners, dextrose or fructose.3

When used in food, wheat starch assists with texture, viscosity, gel formation, adhesion, binding, moisture retention and can be used as a fat substitute. It also works as an emulsifier, stabilizer and a clouding or glazing agent.4 However, it’s primary use in the food industry is a thickening agent.

There are two types of wheat starches commonly used:

Wheat starch thickens food through gelatinization and retrogradation. Heat causes starch to absorb water and swell, while increasing viscosity and clarity. Once the maximum viscosity is reached, the cells move apart and decrease viscosity. When the product begins to cool again, viscosity increases, making the solution cloudy and eventually forming a gel. The strength of the gel depends on the type of starch and how much is used.

The FDA considers starch safe for food use. Starch made from corn can be labeled as corn starch or simply starch. However, other starches must include the original source, such as “potato starch.”

The FDA allows starch to be modified with hydrochloric acid or sulfuric acid. It may also be bleached, esterified, etherified or treated with chlorine. The FDA regulates any modified starch under the Food Additives Amendment. Click here for a full list of requirements and specifications.