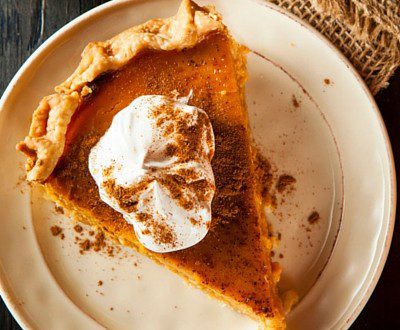 Pumpkins, part of the squash family, are a favorite for fall holiday flavors and treats. Yet this ancient vegetable also offers an abundance of uses and a store of health benefits. The pumpkin varies greatly in size and shape, ranging from the giant pumpkins that can reach 55 pounds to the much smaller Golden Nugget Pumpkins—only weighing one pound.

Pumpkin comes from the Greek word Pepon meaning “large melon.” The vegetable was developed with other squash strains during 5500 B.C. in Mexico and other parts in the Americas.The Native Americans grew pumpkins with beans and maize, calling them the “Three Sisters. Originally the pumpkin was more of a crooked neck variety than the round shape it is today.

Early explorers of the Americas brought back these orange gourds, which were easy to store for long periods of time, to other countries around the world. Pumpkins were harvested by Pilgrims, who used them to make pumpkin beer and custards. Today, pumpkins pies are a staple of the thanksgiving tradition.

Pumpkins have been hailed a “superfood,” for their rich vitamins and antioxidants.1 The vegetable has carotenoids, with some of the highest levels of vitamin A. There are high levels of lutein and zeaxanthin, also antioxidants. Iron, zinc, fiber and vitamin B-6 are other nutrients found inside.

Pumpkins are a low calorie food, with just 26 calories in 100 grams of fruit, with no cholesterol and less than a gram of saturated fats.2 Dietitians recommend pumpkins and pumpkin seeds as a way to control cholesterol and reduce weight.

When canned, the pumpkin is first peeled and cut into cubes that are boiled in water. Then the cubes undergo more heat and pressure during a canning process. Afterwards the pumpkin is blended into a smooth, creamy texture and canned for distribution. It can last two to five years on the shelf, and three to four days in the refrigerator after it’s opened.

Canned pumpkin is easier to store and work with, and often increases the quality and taste of products compared to fresh pumpkin. The canning process naturally causes the fruit to lose some of its nutrients and the overall calories increase, but there are still plenty of benefits. Canned pumpkin has three grams of fiber, three grams of sugar and less than a gram of fat in 100 grams, with 311 percent of daily values of vitamin A.

Pumpkins are a versatile vegetable, with many uses and functions. The fruit or spice can be used in either a sweet or savory recipe.

Pumpkin seeds are a popular snack. To prepare them, first boil for 10 minutes. Then spread the seeds out on a baking sheet with oil to bake in a low oven for 45 minutes or until they are crispy and golden brown.  The seeds can also be baked into breads or cake for added texture.

Grated pumpkin in cakes and breads will add to the moisture and sweetness of the product. Pumpkin will also create a thick, creamy texture in soups, stuffings or soufflés.

The FDA classifies pumpkin and canned pumpkin as any golden fleshed, sweet squash or mixtures of squash with pumpkins. So canned pumpkin that contains squash is still labeled as “100% Pumpkin.”