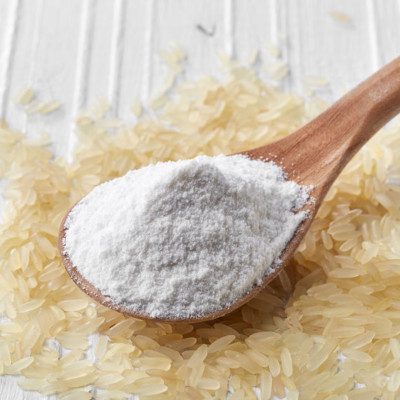 What is pre-gelatinized rice flour?

Rice is an important cereal consumed and produced in Asia. China is the world’s largest rice producer at 29% followed by India (22%), Indonesia (9%), and Bangladesh (7%). In 1965 a patent for producing a flour out of parboiled rice flour was granted under publication number US3432309A.3

In gluten-free baking, pre-gelatinized rice flour can increase baked product volume by increasing dough viscoelasticity. Studies indicate that it acts as a binder that improves the dough capacity to retain water, thus increasing viscosity and helping to retain gas cells within the gluten free system.3

In cake applications, the batters need to be sufficiently viscous to trap the air bubbles during mixing and baking in order to produce a voluminous and fluffy texture.4 Pre-gelatinized rice flour can help do this. In other studies dealing with shelf life, pre-gelatinized starches have shown to soften cakes and extend their shelf life.5

A 2002 study on rice flour donuts found that the addition of pre-gelatinized rice flour to the formula yielded a higher dough consistency, higher moisture content in the donut, and less oil uptake during frying.2

Pre-gelatinized rice flour is produced commercially by creating a starch slurry. Whole or broken rice kernels are soaked and cooked using a combination of heat and pressure. The starch slurry is heated above the temperature for starch gelatinization and processed. Raw rice is cooked for 9-18 minutes at 210°F.6  Note this only applies to drum-dryed and spray dried processing.

A steaming step at low pressure can be employed to complete the gelatinization of the rice without an increase in moisture content.6 It may be spray dried or turned into a thin film that is scraped off and ground into a powder.4

Pre-gelatinized rice flour rehydrates instantly in water providing a uniform high viscosity batter without the need for  heat. It is useful as a thickening agent and binding agent. It is commonly used in gluten-free formulas, pie fillings, cake frostings, and puddings.7 For best results in baking it should be used in combination with other flours and starches.

Under the code of federal regulations title 21, the FDA considers rice flour safe for food use.8