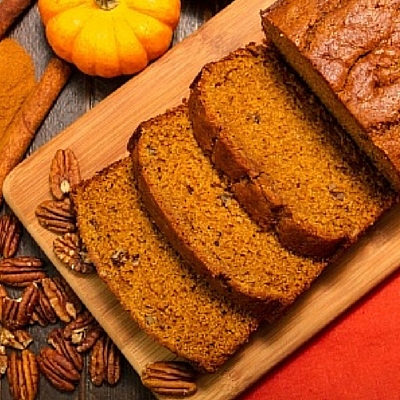 Pecans have a high fat content, sweet taste and buttery consistency, making them a complementary accent to sweet baked goods.

Pecans are rich, buttery-flavored nuts that are members of the hickory family. This popular nut is often sold salted or sweetened. Pecans are also a favorite topping or addition to a variety of desserts, due to their naturally sweet taste and high fat content.

Although native to the central and southern United States, pecans are now grown around the world and are a key commercial crop. The most common varieties are Cape Fear, Desirable, Moreland, Stuart, and Natives.1 The pecan kernel is a dark brown oval, around 1 to 3 inches long, surrounded by a rough husk 3 to 4 mm thick. Pecans are harvested in the fall and then dried for preservation.

Pecan trees are indigenous to central and eastern North America, spreading into the river valleys of Mexico. The name originates from a Native American word that describes “all nuts requiring a stone to crack.” Numerous North American tribes relied on pecans as a winter food source, and some used the nut to create a fermented drink.

Spanish colonists and Franciscans began the cultivation of pecan trees, and by the early 1800s, a pecan exportation market was taking off – soon becoming a lucrative American industry. By the 1880’s, Louisiana and Texas boasted the biggest commercial pecan tree operations, grafting and propagating on large scale. Today, pecans are cultivated in countries around the world.

Pecans are harvested from mid-October through December, then they are shelled and roasted. There are two techniques for processing pecans. One is the dry method, which roasts the nuts in an oven and coats them with unsalted butter. The other is the oil method, which fries the pecans in vegetable oil and salt.2

Pecans can boast a number of health benefits. They are a high energy source, with 690 calories in 100 grams. They are also a rich source of monounsaturated fatty acids such as oleic acid – meaning that they help decrease the bad cholesterol and increase the good. Pecans have high levels of vitamin E ( around 25 g/100g), along with B-complex vitamins, and a number of minerals and antioxidants.3

Pecans have a high fat content, sweet taste and buttery consistency, making them a complementary accent to sweet baked goods. Pecans are often baked into pies, fudges, muffins, baklava, biscuits and cakes, just to name a few uses. Ground or chopped, they make a nice topping to a number of desserts as well. They also can be ground into a nut butter.

Pecans can be purchased year round in a variety of options: shelled, unshelled, salted, sweetened, whole, chopped, candied, etc. Pecans usually are produced in three sizes: halves used for decorating goods or sold alone; pieces to mix into batters, doughs and other food products; and granules that act as coatings for bakery and confectionary products. Pecan meal can be used as a partial flour substitute.

Unshelled pecans should be stored in a cool, dry place where they can last for several months. Shelled nuts should be kept in an airtight container in the refrigerator.

Pecans are classified as “tree nuts” by the FDA. That makes them a “major food allergen,” and they must be declared on all labels, for any use.