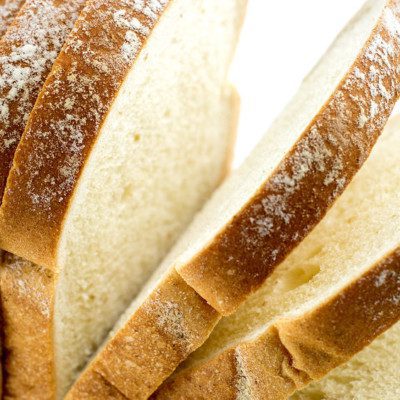 Laccase is an enzyme used in baking to improve various qualities of doughs and baked goods. The ingredient can be used in bread production, for example, to enhance:

Laccase is an ingredient sourced from fungi, which secrete laccases outside their cells during fermentation. Only a few types of fungi are used to produce laccase on an industrial scale. 1 One used in baking is derived from the white-rot fungus Trametes hirsute.2

Among the substances on which laccase acts are many compounds found in foods, including carbohydrates and unsaturated fatty acids.2 Although these enzymes can be generally used as an additive in food and beverage production, laccase is specifically used in baking to create crosslinks, permanent covalent bonds in foods that contribute to food texture. Of the different means by which crosslinks can be created, enzymes are a good option because they can be tailored to create a specific food texture. They also have mild reaction conditions.2,3

Laccase is an oxidative enzyme, which forms links with proteins and select carbohydrates, but can also act on lipids. It forms these crosslinks primarily with arabinoxylan. In the process, it changes the rheology of gluten, dough, and bread. These changes include improvements in dough handling, loaf volume, and crumb structure in bread.3

Laccase is traditionally sourced from fungi. One used in baking is derived from the white-rot fungus Trametes hirsuta. Aspergillus niger has also been used.4 Wider use in large-scale applications, however, is inhibited by an inability to affordably produce highly active enzymes in volume.5

In some experiments exploring and validating its addition to bread, 5 g of laccase per 100 kg of flour was used.4

Among the improvements reported to dough with the addition of laccase are enhanced dough machinability due to increased dough strength and stability as well as a reduction in stickiness. Breads featured better crumb structures and were softer. In doughs using an oat flour, the addition of a commercial laccase “signiﬁcantly improved” the properties of the dough and final bread product, which included enhanced bread texture and volume. The crumb hardness and chewiness was reduced.3,2

Laccase is not explicitly listed by the United States Food and Drug Administration as a generally recognized as safe (GRAS) substance. The regulations “do not include all GRAS ingredients and the specific uses described in the GRAS regulations may not be comprehensive for the listed ingredients,” according to the agency.5