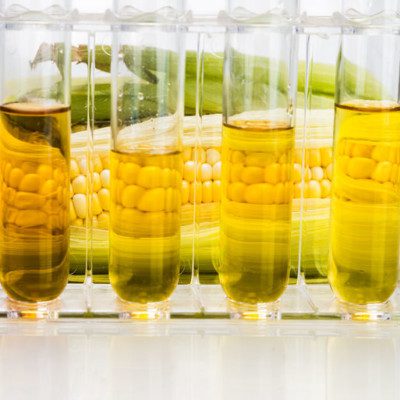 What is High Fructose Corn Syrup?

High fructose corn syrup (HFCS) is a versatile alternative sweetener to sucrose. It is a product of hydrolyzed corn starch and is made up of glucose and fructose units in different ratios.1,2

Common uses of HFCS include baked goods, sodas, yogurts and condiments in such systems, HFC can provide:

HFCS was first developed in 1957, by two biochemists Marshall and Kooi. They discovered an enzyme capable of isomerizing dextrose to fructose.2 The process of producing it efficiently and economically was introduced about 20 years later by Dr. Yoshiyuki Takasaki in Japan. By the mid 1980s, HFCS became the sweetener of choice in the United States.

HFCS has the same caloric value as typical carbohydrates i.e. 4 kcal/g. Its  glycemic index (GI) is similar to that of sucrose and honey whose average values are 55 and 68, respectively.2

As a sweetener, HFCS is traditionally used in carbonated drinks.1 In baking applications, HFCS acts as a fermentable sugar, a sweetener and humectant. In breads, buns, rolls and yeast raised donuts, it ferments directly without the need for sugar inversion.2

In ice cream and other dairy products such as chocolate milk, HFCS is effective in enhancing their textural and sparsity properties, especially in chocolate milk.2

HFCS is considered GRAS by the FDA. The 2010 Dietary Guidelines for Americans recommends limiting their consumption of all added sugars including HFCS.5