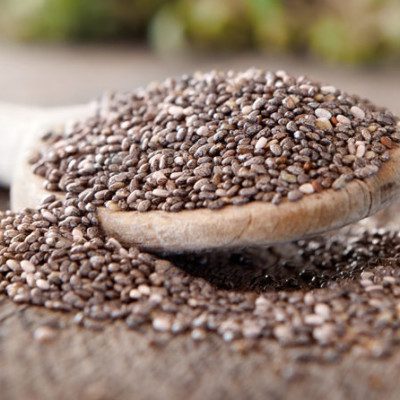 What is a Chia Seed?

Chia is a small, black seed native to the Americas. It is a subtropical crop, recently popularized for its unique nutritional composition, mainly high omega-3 fatty acids which account for 60% of its oil content.

The word chia means “strength” in the Mayan language. The seed was used by Aztec rulers during their rituals. In pre-columbian times, various populations used the seed for sustained energy and medicinal benefits. The crop (Salvia hispanica) is native to the southwest United States and Northern Mexico.2  The seed has an oval shape and varies in color from white to brown and black.

Chia flour, fiber and seed mucilage have been used in food and baked products.

In addition to the seed, several types of  products are available for commercial use. These include:

Due to its high oil content, milling the seeds can be very challenging. Methods such as double-knife crushers or stainless steel grinders are commonly used.5

With high fiber content, chia has numerous nutritional properties that have increased consumer demand for this ingredient. It is also high in omega-3, omega-6 and linoleic acid and contains various antioxidants and minerals as well as protein and soluble fiber. 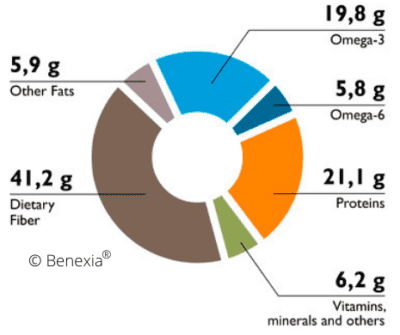 Chia can be added to breads and cereals either as a flour or with the whole seed intact. Evaluations of these at 5 percent levels resulted in breads with higher proteins, lipids, ash and dietary fiber. They also had an increase in specific bread volume and a decrease in crumb firmness. In sensory analysis, the addition of chia seed increased consumer acceptance.3

In gluten-free bread formulations, incorporation of 15% chia flour or seed to rice flour led to reduced specific volume and increased hardness (this was more with chia flour than with seed). The crust and crumb were darker and the texture was deemed better than control loaves. Some questions remain about hydration prior to incorporation and whether it changes the characteristics of the dough and bread.

The United States Food and Drug Administration considers chia a food, which exempts it and the flour made from it from regulation.

The European Food Safety Authority deemed chia, whole seeds and ground, suitable for use in bread and cereal products. Its use is limited to 5 percent. It is considered a novel food ingredient.6