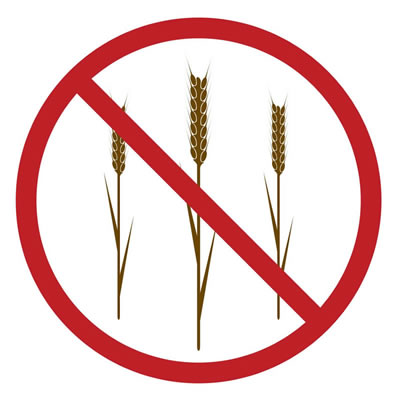 Wheat allergies are one of the eight most common allergens in the United States.

What is a Wheat Allergy?

Wheat allergies are a type of food allergen caused by the body producing histamine to attack certain proteins in wheat. Wheat allergies are one of the eight most common allergens in the United States and affects 0.4% of children and 0.5% of adults. This allergen most frequently comes from digestion of wheat, though in some cases has been known to be associated with contact with wheat as well. There are many proteins in wheat that people can be allergic to, but typically the reactions to these proteins are mild.

In severe cases, anaphylaxis can occur in people with wheat allergens, but this is rare. The most common symptoms of wheat allergens are nausea and vomiting, rash, watery red eyes, and cramps. These symptoms start to display themselves after the wheat is partly or fully digested, therefore they usually display themselves hours after consumption of wheat. There are several more severe symptoms associated with wheat allergens, many of which come from repeat contact with wheat. Asthma can form in many bakers from inhaling fine wheat particles as part of their job. This constant inhalation creates and allergic reaction to wheat in a condition known as baker’s lung. It is estimated that 10% of more of bakers develop this condition during their career.

There is no cure for wheat allergies, so when people are diagnosed with this, an exclusion diet is necessary. Diagnosis is an important part of this exclusion diet. There are many different proteins that the body might reject in wheat, but with testing, doctors can determine exactly which protein patients are allergic to. After proper diagnosis, people with wheat allergens are advised to avoid any product that contains wheat and other grains containing that protein. Common products include bread, bran, beer, gelatin, and most baked goods. Some products such as soy sauce, processed meat, couscous, and artificial flavorings may also contain wheat. Under the Food Allergen and Consumer Protection Act, all products with wheat must state in plain English on their packaging that they contain this allergen.

Celiac disease is often confused with wheat allergies. Celiac disease is the intolerance to gluten, one of the proteins in wheat. However, it is not an allergy. The body does not produce antibodies to attack this protein. Celiac disease is instead caused by an immune system response in the small intestine. If people with celiac disease eat gluten repeatedly it can lead to poor absorption of nutrients and malnutrition. The symptoms of celiac disease are similar to those of wheat allergens, such as diarrhea and vomiting. A blood test is required to diagnosis this disease, but it would be helpful in determining what products to avoid.