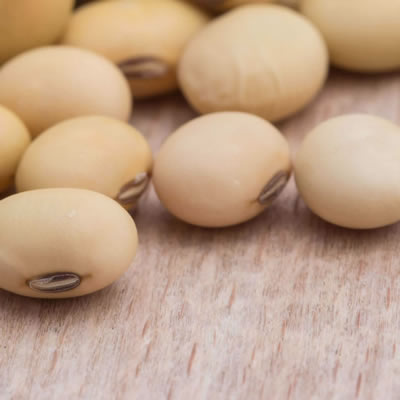 A soybean allergen is an adverse reaction by the body to proteins found in soybeans.

What is a Soybean Allergen?

A soybean allergen is an adverse reaction by the body to proteins found in soybeans that cause a host of negative symptoms. Soy allergies are among the top eight most common allergies in the United States, with 0.2% of children and adults having this allergy. Soy allergies can form at any point in life, but allergies most commonly start in infants and children. About half of all children diagnosed with soy allergies will outgrow them by the age of seven. Additionally, soy allergens often take far more soy protein to elicit a reaction from an allergic individual.

There are many symptoms of soy allergens, the most severe of which is anaphylaxis. If a person goes into anaphylaxis from consumption of a soy product, immediate medical attention is required, and frequently, epinephrine is administered. There are many less severe symptoms such as red, watery eyes, stuffy nose, hives, and rash. Vomiting and gastrointestinal discomfort may also occur, along with swelling of the lips and mouth. Most of these symptoms will surface within two minutes to two hours of eating soy products for allergic individuals.

Treatment of soy allergens is primarily restricted to an avoidance diet. Since there is no cure for soy allergens, individuals who are affected by soy allergens must avoid all food products containing soy, cooked in soy, or foods at risk of cross-contamination. Such can be particularly hard in the United States where the most commonly used oil is soy oil, and most processed foods contain soy to some degree. Most restaurants use soy oil in their products, making it difficult to eat out. Those with soy allergens should avoid tofu, tempeh, miso, canned tuna, crackers, cereal, infant formula, and most baked goods.

Labeling of products that contain soy is somewhat controversial. As part of the eight most common allergens, the FDA mandates that any product that contains soy be clearly labeled as such. However, an exception is made for lecithin, a common emulsifier often made from soybeans. This is because lecithin is commonly less than 1% of a product, and the proteins are stripped from soybeans in the production of lecithin. However, some extremely sensitive individuals may still have adverse reactions to lecithin.