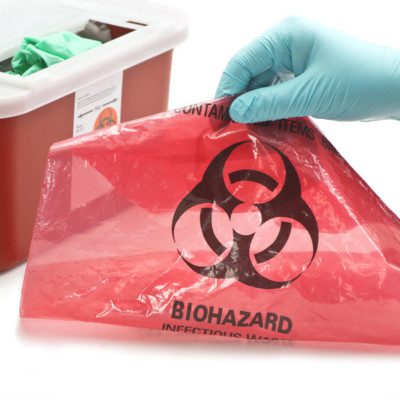 What is a Body Fluid Control Program?

Body fluid contamination can be caused by anyone in a food operation who is infected with an illness that is transmitted by food. The most common foodborne illnesses that are carried in body fluid include hepatitis A, Salmonella typhi, shigella, Norwalk virus, and E. coli.1 Body fluids from infected individuals can be transferred to food during any stage of the production process.

Having an established body fluid control program will assure a quick response, containment, and safety of your organization.

Significant progress has been made worldwide in making food safer, though millions of people become ill each year from eating contaminated food. In 1963 the World Health Assembly (WHA 16.42) tasked the World Health Organization (WHO) with developing a global strategy to reduce foodborne disease. The resolution established the Joint Food and Agriculture Organization of the United Nations (FAO)/WHO Food Standards Programme, with the Joint FAO/WHO Codex Alimentarius Commission (Codex) as its principal body.2 The objectives of Codex are to develop standards for food, protect the health of the consumers, and ensure fair practices in the food trade.2

In a 2002 report on food safety, the WHO reported that, “Approximately 1.8 million children in developing countries (excluding China) died from diarrheal disease in 1998, caused by microbiological agents, mostly originating from food and water. One person in three in industrialized countries may be affected by foodborne illness each year. In the USA, some 76 million cases of foodborne illness, resulting in 325,000 hospitalizations and 5,000 deaths, are estimated to occur each year.”2

As the food supply chain from farm to consumer became more complex, government regulations were established to reduce contamination from human-caused bodily fluids.

Body fluid control procedures are outlined for the food industry by several agencies, such as the FDA, USDA, and OSHA. Under FDA 21 CFR 110.10(a), the four major foodborne illnesses are listed as:3

Symptoms of foodborne illness to be aware of are diarrhea, fever, vomiting, jaundice, or a sore throat with fever in addition to lesions and open wounds.3 Under HACCP, food manufacturers must establish a body fluid control program to prevent the risks associated with contamination of food from foodborne illness.

To establish a body fluid control program, develop a system that allows for the quick response, containment, clean up, and quarantine of the area.

Establish the response program – Each facility should have trained people on each shift. OSHA requires formal training in CPR and first aid under certain circumstances. Check the local regulations of your facility.4

Assemble a cleanup kit –  OSHA recommends a cleanup kit for bloodborne pathogens that can be very effective in a food manufacturing setting. The items can be used to absorb any bodily fluids quickly and sanitarily safely. The most common body fluids are vomit, diarrhea, or injury-related. The cleanup kit should contain:4

Identify the cleanup kits as part of a spill containment kit, and have them placed throughout the facility for easy access. The site of the incident should be quarantined, and all product should be examined to determine the disposition of product and equipment after a body fluids spill. Any product that has been exposed to body fluids must be destroyed.

Trained response team employees should fill out documentation that describes the incident, the location, date, time, type of body fluid, actions taken, product or equipment status, type of sanitizer used, and any other observations.

The following table lists the most common body fluids and the organisms of concern, as well as how the source commonly transmits disease:5

Fine Tune Your Kill Step With This Tool

Do You Have a Foreign Supplier Verification Program?